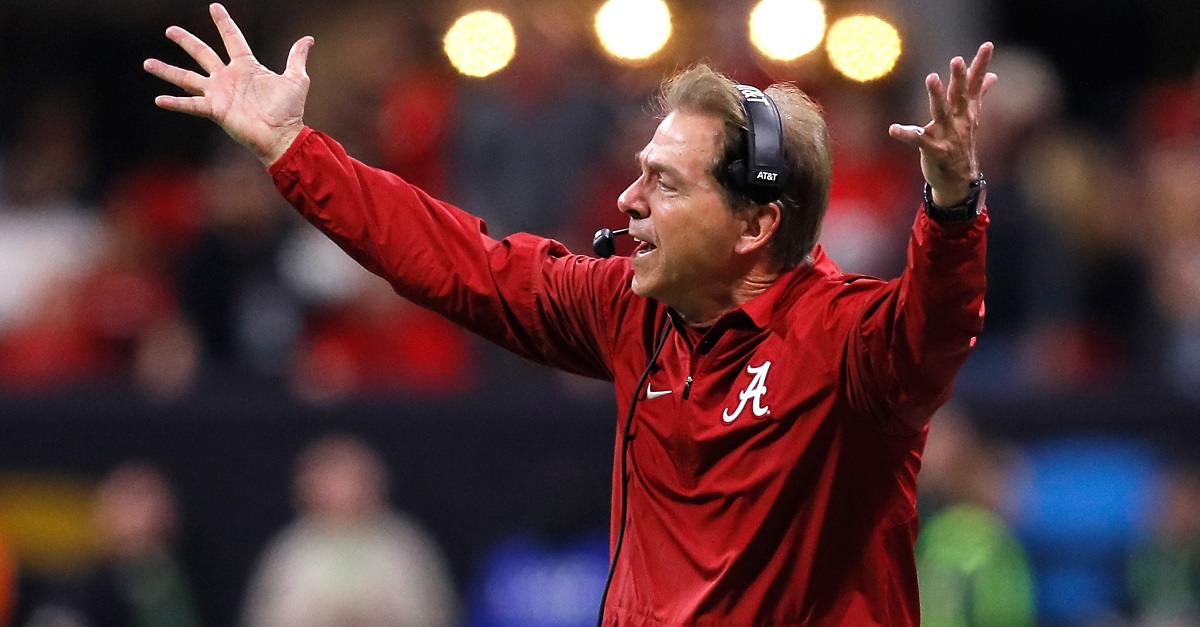 There is an opening on Nick Saban’s staff at Alabama and, given that the Crimson Tide are coming off a National Championship, there is a bit of additional attention paid to that particular group of coaches. Karl Dunbar left Alabama in early February in order to join Mike Tomlin’s staff with the Pittsburgh Steelers and, while there have been some reported candidates for the defensive line vacancy (including Tulane’s Kevin Peoples), another is now jumping into the mix.

Matt Zenitz of AL.com brings word that former Seattle Seahawks defensive line coach and senior defensive assistant Travis Jones is a candidate and “is expected to interview at some point soon.” He has a direct connection to Saban in that he worked under the legendary head coach both in the NFL and at LSU, providing a link that makes all kinds of sense.

At the age of 45, Jones would seemingly have the energy needed to provide a quality option at the college level and, previous to his five-year run on Pete Carroll’s staff with the Seattle Seahawks, he was a member of the New Orleans Saints staff. Because Jones hasn’t interviewed to this point, there is still plenty of wiggle room here but we now reportedly know that he is a candidate and the fit seems to be a snug one.