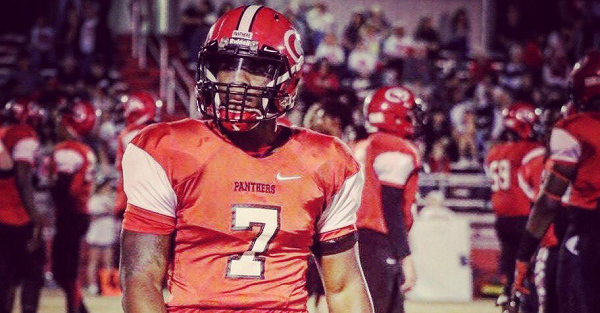 Four-star 2019 athlete Trezmen Marshall named Alabama, Clemson and Georgia as his final three teams in consideration for his commitment on Saturday via Twitter.

Marshall was previously considering Florida, Florida State and Ohio State among his top-6 teams prior to Saturday’s announcement.

The Georgia native ranks as the No. 4 athlete and No. 52 overall prospect for the 2019 national recruiting cycle, according to the 247Sports Composite.

Marshall currently has 12 scholarship offers, including the teams in his top three, as well as Arkansas, Miami, Michigan and Stanford, among others.