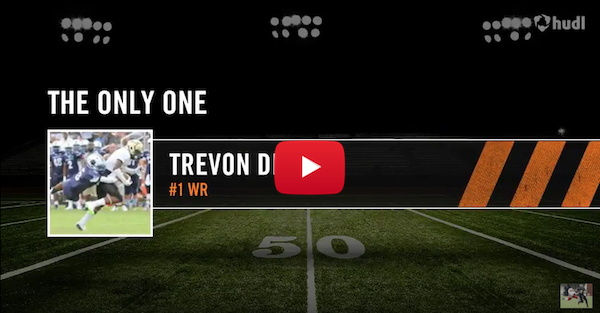 Trevon Diggs is the brother of Stefon Diggs and he’s already shown that he’s got some of the same playmaking ability. The older Diggs had a strong rookie showing in the NFL with four touchdowns and 720 receiving yards on 52 receptions. Trevon could very well do something similar, but he won’t be doing it at his brother’s alma mater of Maryland.

Diggs is a four-star receiver who was crystal-balled by 247Sports to go to Maryland (86%), but spurned them to make his own name with the Crimson Tide. Diggs is built similarly to his brother standing at 6’0″ and weighing 183 pounds.