Nation’s No. 1 RB Trey Sanders decommits from Alabama ahead of their Playoff game 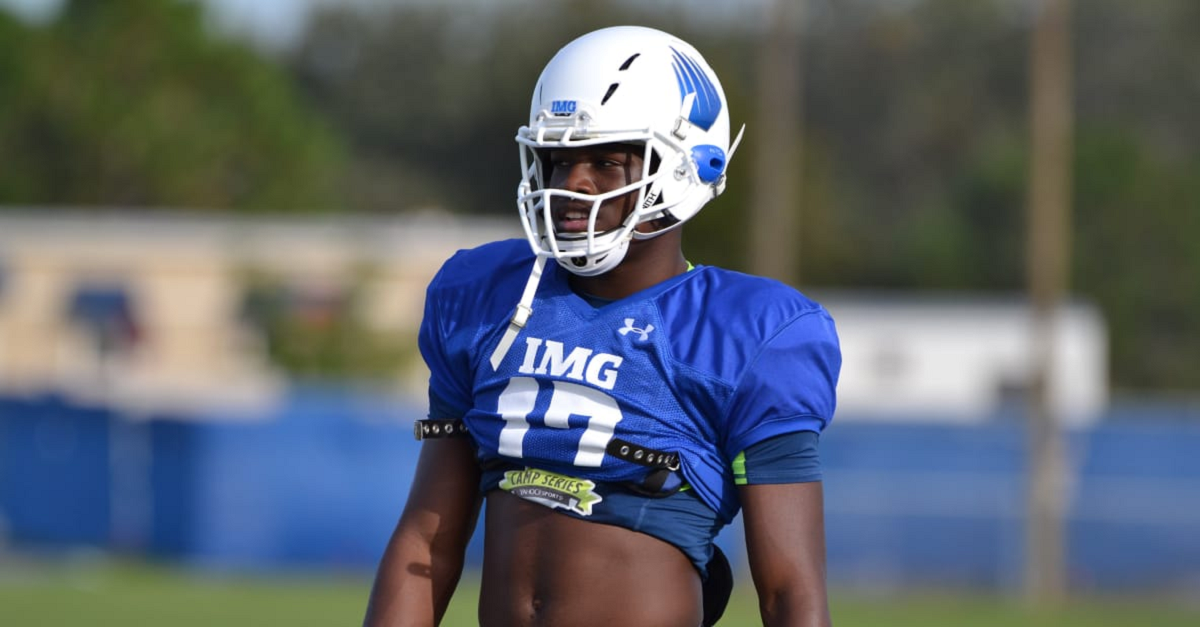 The nation’s top running back in the class of 2019 in Trey Sanders had been committed to Alabama since April of 2016, but it looks like he is having second thoughts. He officially decommitted as he took to Twitter to make the announcement:

The 6-foot, 216-pound running back out of Florida (IMG Academy) said that Alabama will still be a top school for him, but seeing as how he’s in the class of 2019 he will have some time to make a decision. He’s ranked as the top running back in the class and the No. 10 overall recruit in the country according to the 247Sports Composite rankings.

Sanders also has offers from Auburn, Florida, Florida State, Georgia, LSU, Miami and Oklahoma with much more likely on the way considering how high his ranking is and now that schools know he is on the market again.