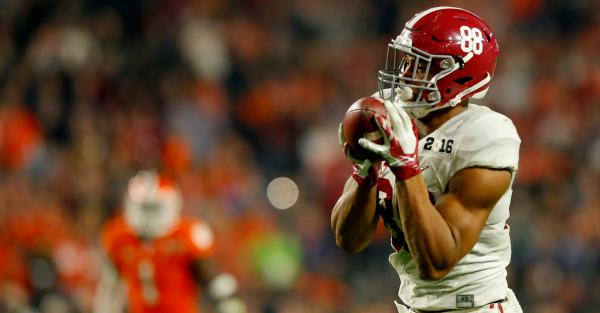 There has been a bevy of Alabama players declaring for the NFL Draft like Derrick Henry and A’Shawn Robinson, but there are still two juniors who haven’t made their decision. National Championship game hero and tight end O.J. Howard and defensive lineman Jonathan Allen are still mulling over whether to go pro or not.

CBS Sports ranks Howard as the third-best tight end in this class and projects him as a second round pick. Allen also received a second round grade from the NFL Draft Advisory Committee. Allen finished the season with 14.5 tackles for loss and 12 sacks. According to AL.com, Howard is leaning toward coming back to Alabama for his senior year.