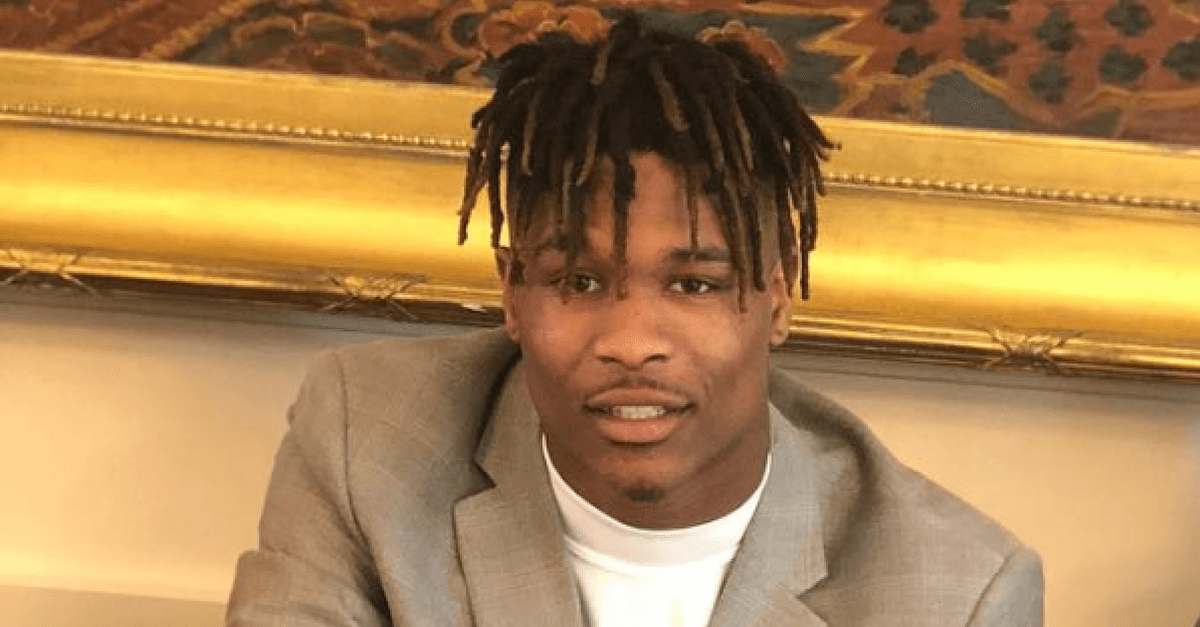 For VanDarius Cowan, what was supposed to potentially be a breakout sophomore season at Alabama will now never have the chance to happen. The 6-foot-4, 225-pound linebacker has been dismissed from the football team, the Crimson Tide released on Monday.

“VanDarius has been dismissed from the team and is no longer a part of our football program due to a violation of team rules,” head coach Nick Saban said in a statement. “Each of us has a responsibility to represent The University of Alabama in a first-class way, and failure to meet those standards can’t be tolerated. We wish VanDarius the very best in the future.”

A Palm Beach Gardens, Fla., native, Cowan’s dismissal comes less than a week after Tuscaloosa Police charged him with misdemeanor assault for an incident at a local Tuscaloosa bar last month, according to The Tuscaloosa News.

Footage of the incident was also released. The incident, where Cowan was charged with third-degree assault, occurs at the :25 mark in the video:

A consensus four-star prospect from Florida for 2017, the 19-year-old Cowan is accused of punching 26-year-old Jesse Ray in the face at the High Tide Bar on the morning of June 23, according to the report.

Cowan saw playing time in seven games as a true freshman for the Crimson Tide in 2017. He registered his only two tackles of the season against Mercer.

During Alabama’s A-Day Game this spring, the outside linebacker posted four solo tackles for White in a 24-12 loss to Crimson on April 21.

All it took was one night and one bad decision for Cowan to go from possibly playing a big role on an Alabama team ready to compete for a national championship to potentially ruining his entire football career completely.

The Crimson Tide already took plenty of hits at the linebacker spot last season, and while they have plenty of talent waiting for an opportunity to play, one solid option, No. 43, is officially no longer available.