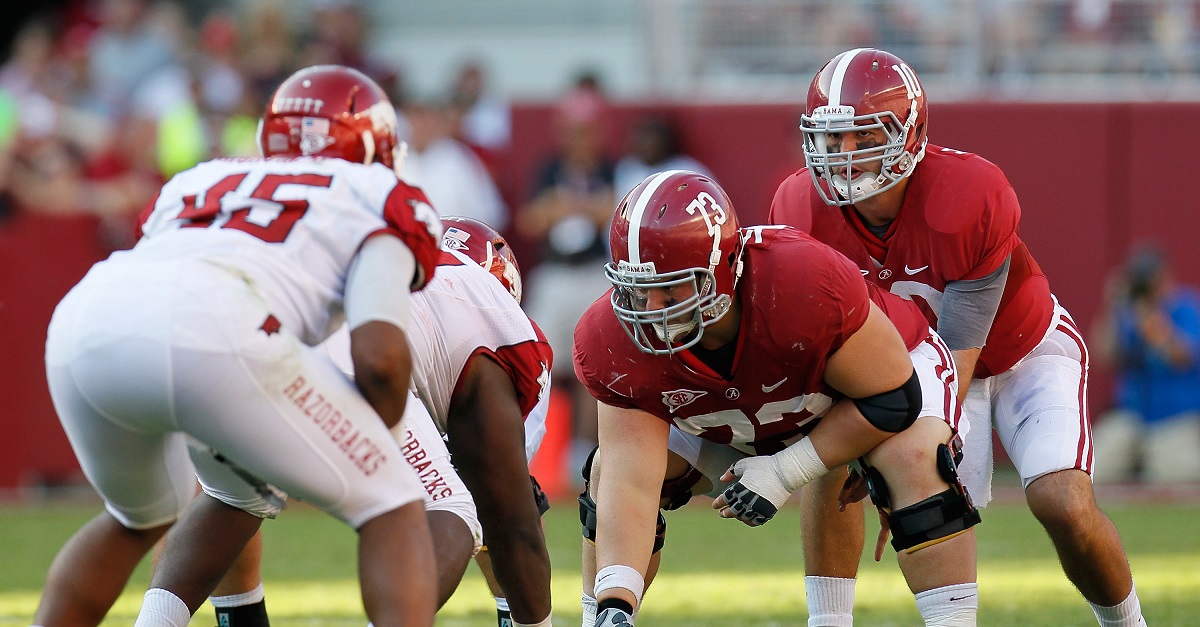 William Vlachos was an All-SEC center when he played for Nick Saban at Alabama from 2007 to 2011 — he redshirted one year. He also won the BCS Championship for the 2009 and 2011 seasons and he’s been serving as an analyst for Saban after he was cut by the Tennessee Titans. It appears now that he’s headed to the pros after all.

Former Alabama All-SEC center William Vlachos has joined the Buffalo Bills’ staff as an offensive assistant. Vlachos was most recently an analyst on Nick Saban’s staff at Alabama. Vlachos was a part of four national championship teams at Alabama as either a player or coach.

The Bills are building a seemingly competent team with a new GM at the helm and it looks like they are going to get some fresh eyes and blood in the building with Vlachos. He knows what it takes to be a good, if not great, offensive lineman and will surely be able to connect to some of the younger linemen on the team as well.