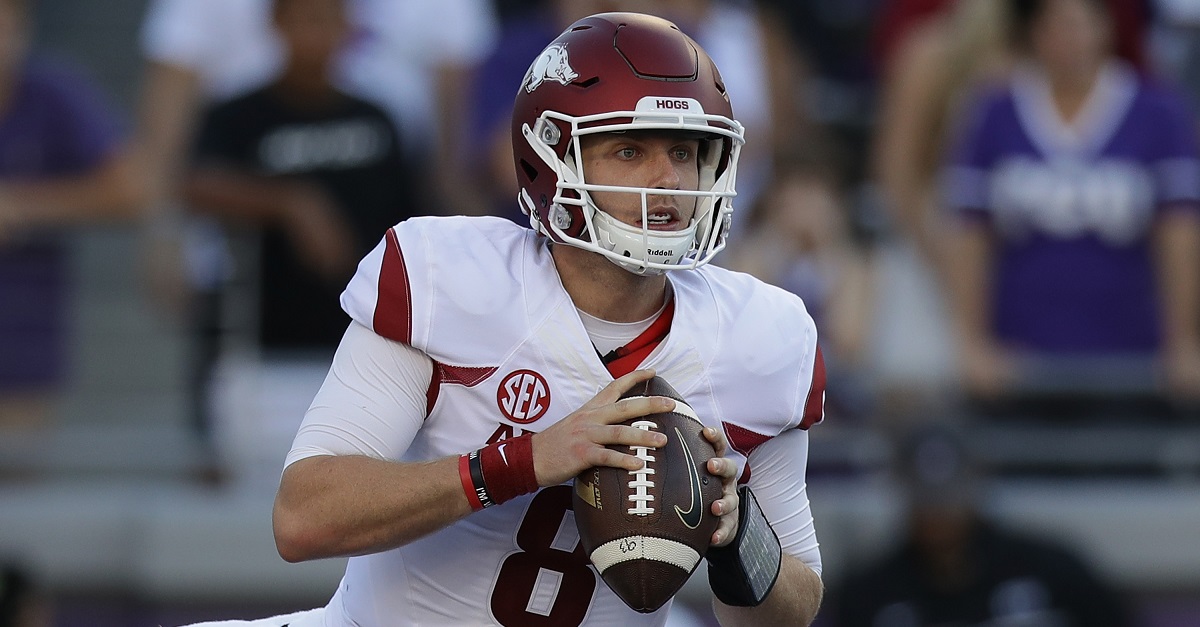 If Arkansas quarterback Austin Allen doesn’t listen to “Under Pressure” before every game, perhaps he should start.

According to Pro Football Focus, Allen has the been most pressured quarterback in college football this season. Allen was pressured on 68.8-percent of his dropbacks against Alabama, and he threw three picks against the Tide.

Austin Allen was pressured on 68.8% of his dropbacks against Alabama on Saturday. He's been the most pressured QB in the nation this season.

Allen is still second in the SEC in quarterback efficiency with a passer rating of 158.07, which trails only Ole Miss’s Chad Kelly. He has also completed 64-percent of his passes this season. The Razorbacks host Kelly’s Rebels on Saturday at 7 p.m. ET.

No surprise that Austin Allen has been named to the Manning Award watch list.

Rebels defensive end Marquis Haynes could be in for a big evening if the Razorbacks can’t protect Allen again.