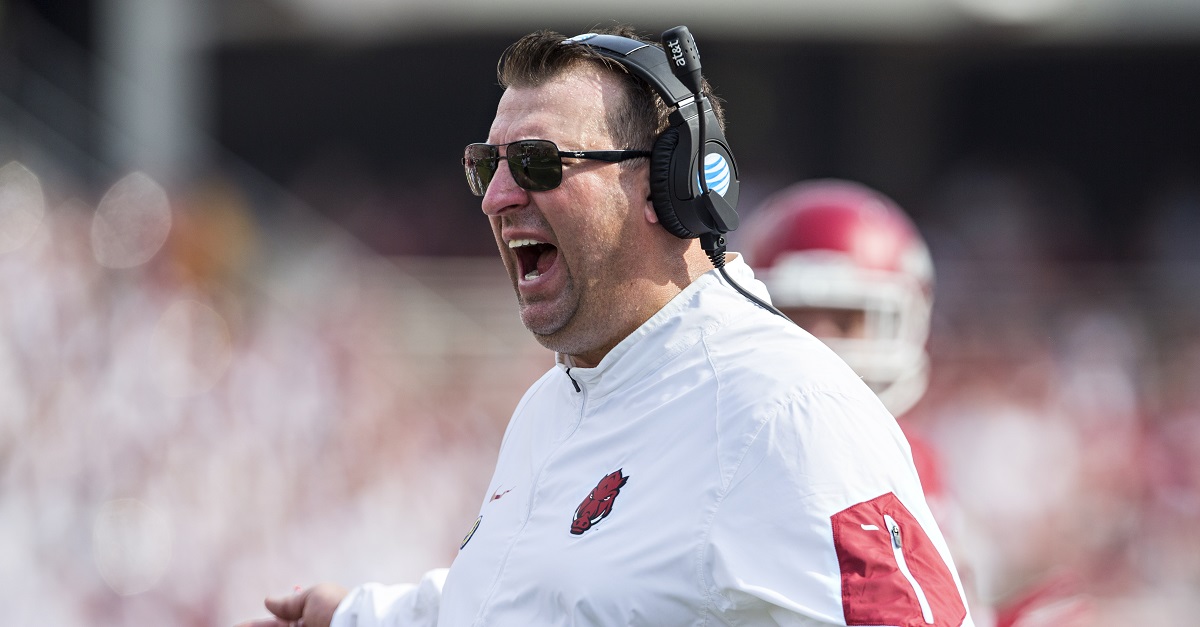 It appears that Arkansas coach Bret Bielema may have spoken out of turn.

On Monday, Bielema spoke at his weekly presser about official Sam Weihe, who threw an extremely controversial holding flag against the Razorbacks that brought back a touchdown. Bielema seemed to indicate that Weihe wouldn’t be on any Arkansas games for the remainder of the season.

?For a lot of reasons we?re probably just better off moving forward,? Bielema said when asked about the holding penalty on Monday. ?I can be rest assured, and all Hog fans can, that we?ll never see that official again. That?s been guaranteed to me. That makes my heart and my wife?s heart probably feel a little bit better.?

On Wednesday, Bielema backtracked on that comments, apparently indicating that his comments on the matter were “premature”.

Bielema is apologizing for his Monday comments that SEC umpire Stan Weihe would not work Ark games anymore. Said it was premature

At the very least, Bielema brought some attention to the call. Good luck seeing that happen to Arkansas again this year.

Of course, that’s not going to change the score of Arkansas’s 49-30 loss to Alabama.