Nation’s No. 4 RB and UGA decommit has found a new school 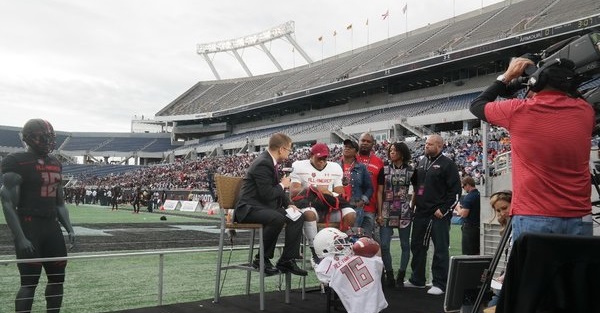 Four-star recruit and the No. 4 ranked running back of the 2016 class Devwah Whaley (6-foot-0, 209 pounds, Beaumont, Tx.) announced his commitment to Arkansas before the Under Armour All-American game on Saturday.

Whaley had been committed to Georgia, but he changed his mind quickly, as the Bulldogs parted ways with head coach Mark Richt just days after his commitment. Because of the coaching change, Whaley thought over the process and went with the team that was apparently No. 2 in his rankings before the Richt firing.

With the commit, Arkansas and Bret Bielema get a player that has rushed for over 2,800 total yards in the past two seasons.