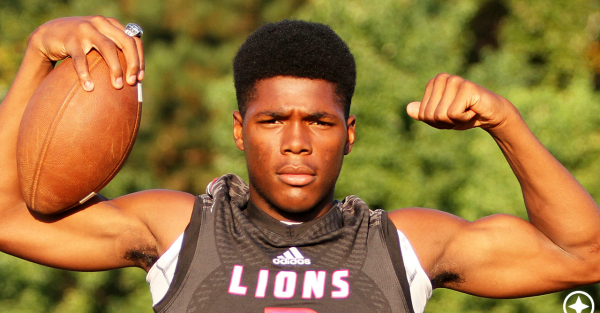 One SEC school just picked up a huge talent. On Sunday evening, four-star athlete Keldrick Carper (6-foot-3, 185 pounds, Plain Dealing, La.) announced hid verbal commitment. Deciding between Texas A&M and three other schools, Carper took to his Twitter account to announce that he would verbally be committing to the Aggies’ class of 2017.

All Praises Be To The Most High !!!

I AM PROUD TO SAY I AM OFFICIALLY COMMITTED TO TEXAS A&M UNIVERSITY 👍🏾!!!!!!! pic.twitter.com/v6R8GfQi7b

Carper, being from Louisiana was obviously a big pick-up for head coach Kevin Sumlin, who was able to successfully sway him away from a number of SEC schools including Tennessee, South Carolina, Mississippi State and Georgia. In April, Carper stated that his final four schools were Miami, Arkansas, TAMU and Notre Dame The athlete’s commitment marks the 12th commitment to the Aggies’ 2017 class.