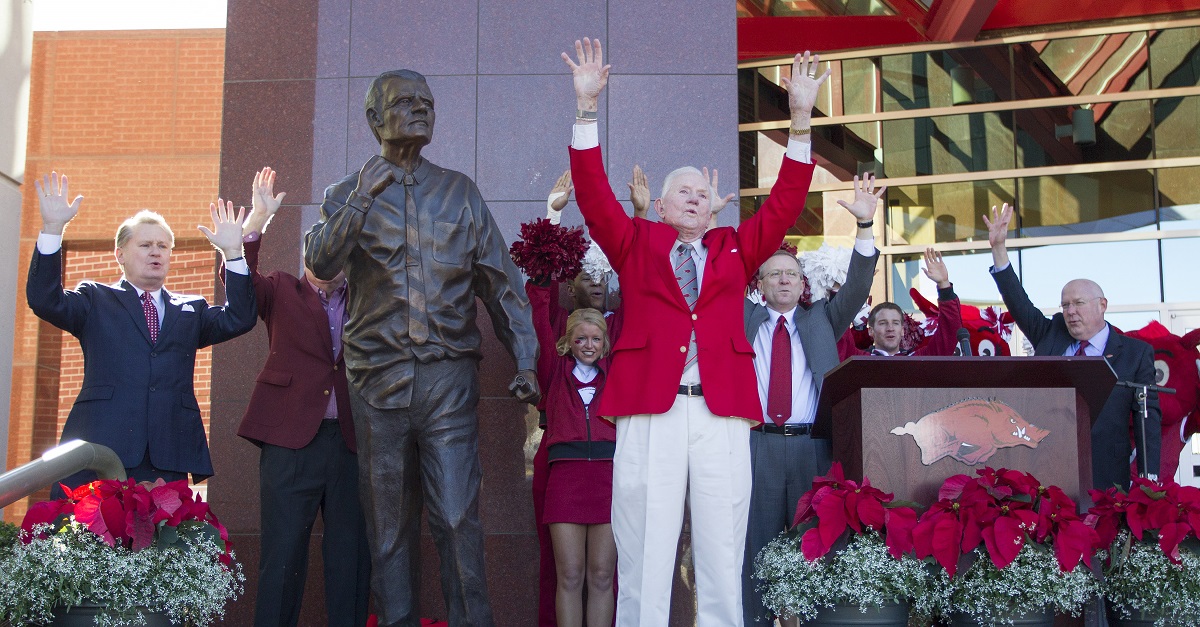 After rumors swirled on the internet about his health, Jason Kersey of SEC Country reported on Wednesday that former Arkansas head coach Frank Broyles was recovering in his home after suffering a stroke.

The rumors came after reports that Broyles was in hospice care after suffering the stroke, but SEC Country — via Broyles’ granddaughter — was about to confirm that Broyles is on hospice care in the comfort of his own home, and not in a hospice facility. The difference is major, as Broyles is not currently receiving end-of-life care that would happen in a hospice facility.

?That little word makes a big difference,? Arnold said. ?When you go into hospice, you?re talking very little life expectancy left. You?re in a facility. That is end of life.

?But you can sign up for hospice and they can come to your house for six months. Sometimes people will graduate off of hospice. This is more quality of life management.?

Broyles is most known for his tenure at Arkansas. Between his coaching career and tenure as athletic director, Broyles spent over 50 years with the school in an official capacity. In 19 seasons as a coach at Arkansas, Broyles amassed a record of 144-58-5, which includes an 11-0 season in 1964 for which the school is recognized for a split national title.