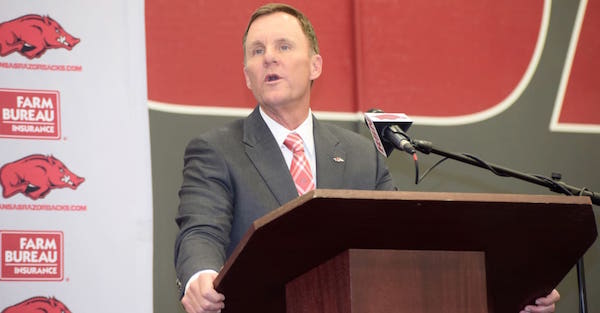 ?I?m excited for the opportunity to help Coach Morris build the Arkansas program and join the great staff that he is putting together,? Chavis said. ?It?s a great time to be at the University of Arkansas and I can?t wait to get started on building a defense that our fans can be excited about.?

He was also among the highest-paid coordinators in college football last season, earning an annual salary of $1.6 million. Only Clemson?s Brent Veneables and LSU?s Dave Aranda were paid more in 2017.

?I?m excited to have Coach Chavis as our defensive coordinator, which was a very important hire for our program,? head coach Chad Morris said. ?It?s so important to play great defense in the SEC and Coach Chavis brings a wealth of experience, knowledge and success in the league to the table.?

A&M ranked 63rd in total defense this season, while the Razorbacks ranked No. 102 overall, playing a key role in their 4-8 overall record.

Arkansas hired Morris to replace Bret Bielema earlier this month. Morris has spent the past three seasons at SMU, where he compiled a 14-22 (8-16 AAC) overall record after inheriting a team that had previously finished its season at 1-11 (1-7).

SMU improved its record during each of his three seasons in Dallas, which included a 7-5 finish in 2017.