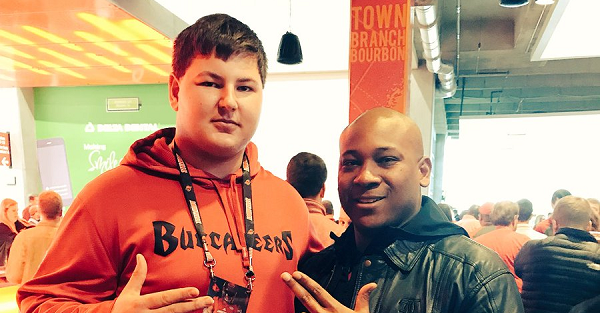 Joseph Stone is not the biggest name on the recruiting trail yet, but he has to be one of the biggest recruits there. The 6-foot-8, 360-pound just took a visit to Arkansas and before that he had a good enough time at Louisville to names the Cardinals as his top team at the time. However, that has changed.

He told 247Sports that after taking a visit to Arkansas last weekend and getting an offer from the Razorbacks, they are on top for him.

“Arkansas on top,” he said. “The excitement of the new staff at Arkansas really caught my eye. We were coming out the tunnel into the indoor and coach started getting hyped up, then all the recruits did the same it was pretty fun.”

“I’m pumped about this offer because the level of football that the SEC plays is unreal,” Stone said. “I’ve always wanted to play in the SEC.

“It felt pretty awesome. I was shocked.”

Stone also holds offers from Purdue, Central Michigan and Florida Atlantic among some others. The class of 2019 recruit is not yet ranked by 247Sports, but that should change considering his height and size. And those are just two things you can’t teach.