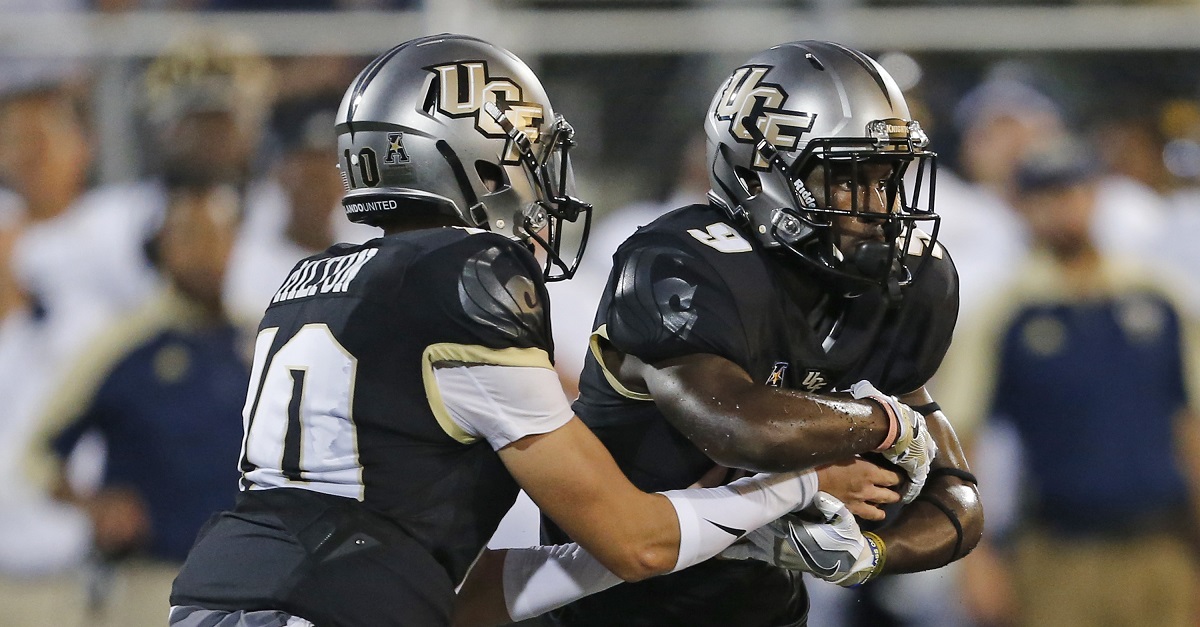 UCF and Auburn are set to meet in the Peach Bowl, which is one of the New Year’s Six bowl games this year. Everyone is curious to see if the Knights can stay undefeated after playing a tough team like Auburn. UCF running back Adrian Killins is confident though and he believes their advantage lies in something the SEC is generally known for showing off. Here’s what he told the Orlando Sentinel:

Video: @ADRIANKILLINS9 on what it will take for #UCF to upend Auburn in the @CFAPeachBowl Jan. 1 “Auburn hasn’t seen any speed like we have here.” pic.twitter.com/KTyXeqHuk7

If the SEC doesn’t have speed, what else could it possibly have going for it? That’s been the conference’s calling card for the longest time so either Killins isn’t watching the same game film as everyone else or he’s really just trying to annoy some Auburn and SEC fans.

Killins suggests the SEC is more about being physical and not so much looking to strike quickly. But the SEC has had some fast-moving offenses this season with Missouri and, of course, Auburn. The physicality is also usually used to describe the offensive and defensive lines rather than other position players.

Killins finished off his trash talking with, ?I will say they?re in for a rude awakening, because UCF football, we?re UCF fast and UCF fierce.”

We’ll find out who’s faster on Jan. 1 when they meet in Atlanta for the Peach Bowl and if coach Scott Frost can finish out his last season at UCF with no losses before heading out to Nebraska.