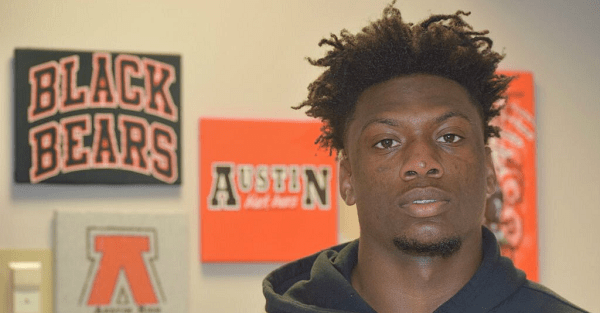 We have another big commitment from the 2018 class!

At a live event on Thursday, four-star running back Asa Martin (6-foot-0, 200 pounds, Decatur, Al.) announced that he had committed to Auburn over Alabama, Clemson, and Florida.

MARTIN TO AUBURN: Asa Martin, the No. 7 running back in the 2018 class, has committed to Auburn over Alabama, Clemson and Florida. pic.twitter.com/0EQvYpSc4h

Auburn had long been considered the leader, with Alabama and Florida being the teams pushing Auburn the most. Clemson had also emerged as a real contender over the past month, as they were a late addition to what became Martin’s Top 4.

Martin is ranked as a Top 10 running back in the country for the 2018 class, and he is a consensus four-star recruit across the major services. He is a big pickup for Auburn, who now has 13 commitments for the 2018 class. Auburn still ranks near the bottom of the SEC in recruiting as of press time, though they are still in competition for several of the country’s highest uncommitted recruits.