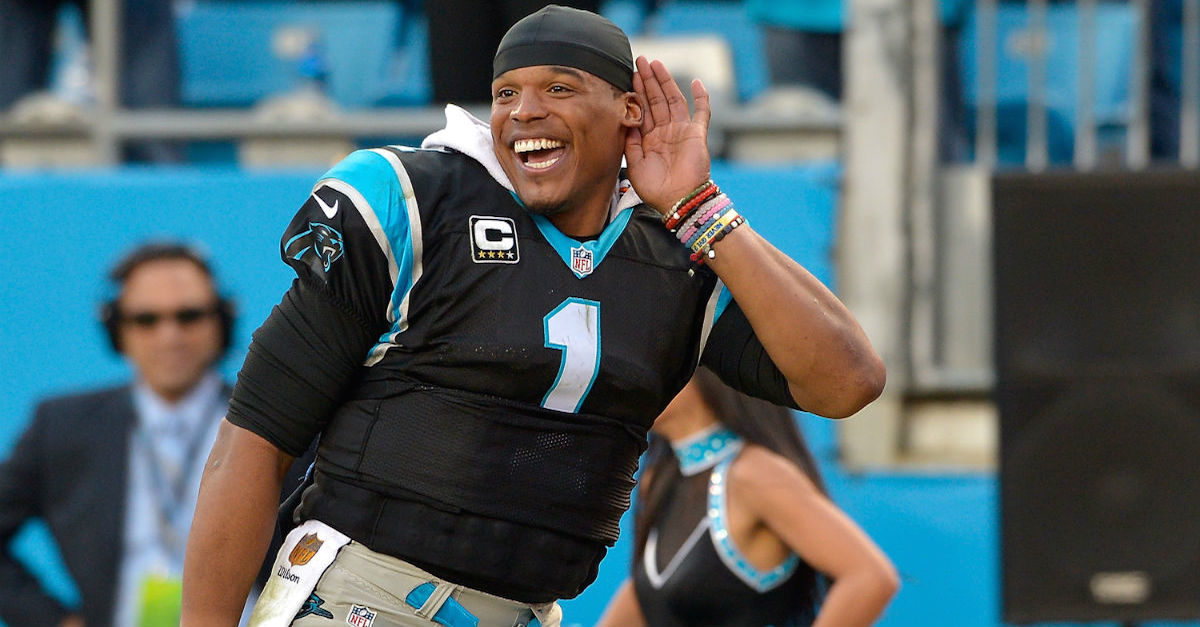 Denver Broncos quarterback Peyton Manning finally announced he was hanging it up after an unprecedented 18-year career in the NFL. A number of teammates and even rival quarterback Tom Brady have given the five-time MVP words of encouragement to honor him.

On Monday, Carolina Panthers quarterback Cam Newton posted a photo of the two of them on Instagram from Super Bowl 50 — the Broncos’ 24-10 win over the Panthers allowed Manning to go out on top. Newton’s caption on the photo started out sounding like nothing but positivity and gratitude to the 18-year veteran.

“I am grateful to have shared the field in your LAST game but most importantly I am grateful to have mimicked a style you created to bring out the best in MË! And that style is/was mastering the art of: PREPARAT1ØN. You have changed this game in ways you will never no and I admire the man you are on and off the field.” The caption began.

However right here in the next sentence is potentially where Newton threw some subtle, but pretty big shade, where the caption read the following:

“You set the bar H1GH….extremelyH1GH and knowing your family, I know that’s just the norm.”

Anyone following Manning in the news the last few months knows that this sentence from Newton could very much be an allusion to the allegations involving Manning and the infamous alleged HGH scandal that came out in December.

Take a look at the full caption below and judge for yourself. I’d say Newton took a slight jab at Manning here, but that’s just me. Major shout out to Trevor Sikkema for pointing this out on Twitter.