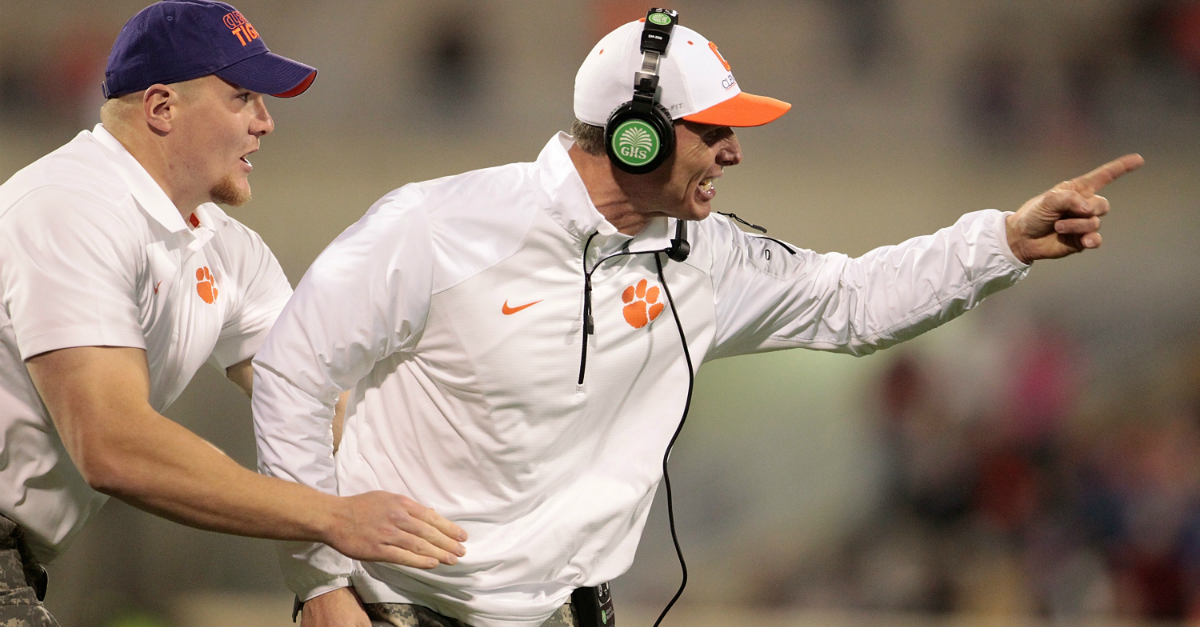 Auburn has had a serious quarterback battle all summer between three guys. John Franklin III, Sean White and Jeremy Johnson are all trying to become the starter this year and there hasn’t been any clues as to who might be pulling away. The Tigers and coach Gus Malzahn have to make a decision before the Sept 3. opener against Clemson or they could get beat real bad.

Clemson has its QB named and ready as Heisman hopeful Deshaun Watson will lead that squad. However, Auburn’s secrecy surrounding its quarterback might lead some to believe that it could confuse Clemson’s defense or at least surprise them for a series or two. Defensive coordinator for the ACC Tigers, Brent Venables, is here to debunk that myth and send a pretty clear message to whichever QB ends up starting for Auburn.

?I could (not) care less. Doesn?t matter one bit to us,? Venables recently said, according to Aaron Brenner of The Post and Courier. ?It?s not coachspeak. We?re going to do what we do and adjust as it goes. That?s up to them, whether or not they have confidence in their guy.?

That’s a whole lot of confidence Venables has in his defense and he should feel that way. Last year he had the squad in the top 10 of most major statistical categories on defense and that was without some playmakers from 2014. If Auburn doesn’t find its quarterback and let him play with some confidence, this game might turn into something more than a touchdown difference like Vegas believes it might be.