ESPN’s touching feature on Philip Lutzenkirchen and his father 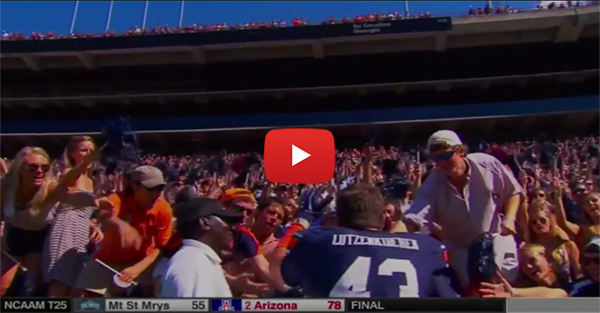 Earlier this morning on ESPN’s College Gameday, Tom Rinaldi did a touching feature on the death of former Auburn tight end Philip Lutzenkirchen and his father, Mike.

Lutzenkirchen’s father has, since Philip’s tragic death in late June, done more than 30 speaking engagements trying to spread the message of caution for young people to live the way Philip did, but to avoid the same mistake that cost him and his friend their lives inn that car accident that night.

The feature is extremely moving and shows incredible strength by Lutzenkirchen’s father to turn such a tragic event into something positive where he tries to inspire others. The feature culminates with Mr. Lutzenkirchen speaking in front of the Auburn football team, and it’s clear that the message hits home.