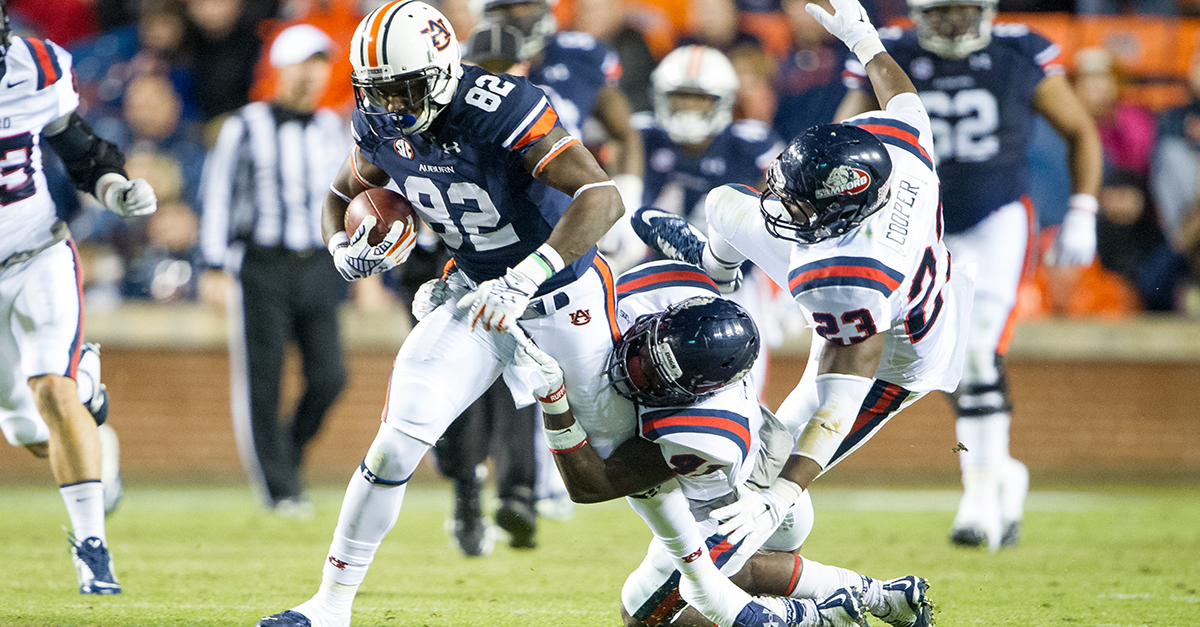 It wasn’t always pretty, and Samford even held a 7-0 lead in the second quarter, but Auburn was able to send the seniors off with a win in the final home game of the season. The Tigers’ offense sputtered early, but finished with 386 total yards — 204 on the ground. The game was a slow pace from the get go, and Auburn was never able to get in its usual up-tempo rhythm. Despite early struggles, they pulled away late and will head into Tuscaloosa coming off of a win. The biggest concern after the game is the status of DaVonte Lambert, but Gus Malzahn did not have any update on his leg injury.

The Big Play: Quan Bray’s 23 yard rushing touchdown was the Tigers’ opening score of the game and tied the game. The Tigers were pretty well in control from the point forward, and the quick answer seemed to wake up the entire team.

The Quote: “I feel good about where we’re at heading into the Iron Bowl, I think we’re ready.” – Gus Malzahn

The Question: Can Auburn find its offensive mojo and play spoiler for rival Alabama next week?

Next Game: Auburn at Alabama