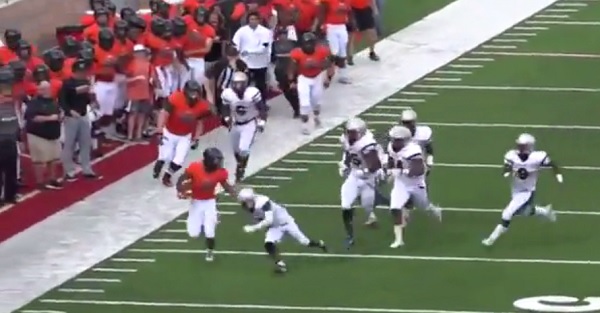 One of the Top 100 recruits of the 2019 class has apparently already made his decision.

On Friday, Scout reported that four-star wide receiver George Pickens (6-foot-5, 190 pounds, Hoover, Al.) had committed to Auburn. Pickens appeared to confirm the news by sharing the report with a retweet on his Twitter account.

Pickens had taken a visit to Auburn on Friday, and it looks like he made the commitment on the spot. Head coach Gus Malzahn later shared his own pleasure at gaining another commitment for the Tigers.

Pickens is Auburn’s first public commitment for Auburn’s 2019 class. He is rated as a four-star wide out by both Scout and 247Sports.