Star running back reportedly “no longer welcome” at Auburn 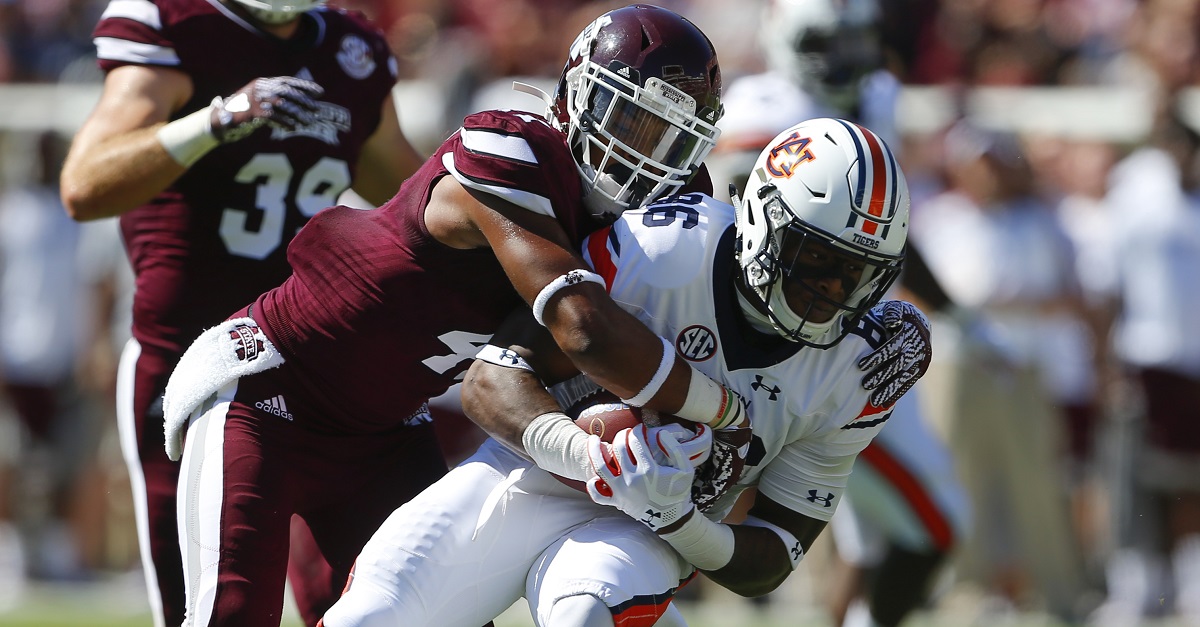 Kamryn Pettway is no longer “the guy” in the backfield at Auburn, after Kerryon Johnson exploded on to the scene with a 1,300-yard performance for the Tigers in 2017. With that said, the junior from Montgomery managed to produce a 2016 season that included 1,224 rushing yards and seven touchdowns, which certainly explains why he would be a key figure on the Plains.

However, Pettway may not be on the Auburn roster for much longer, as reporting has emerged that he is “no longer welcome to any team activities” for Gus Malzahn’s team.

Source: #Auburn Running Back Kamryn Pettway "no longer welcome to any team activities" still officially on roster but not expected to return to team #WarEagle

It should be noted that the Tigers have not confirmed this type of falling out, however, though Malzahn did say publicly that Pettway did not accompany the team to the Peach Bowl in Atlanta with the caveat that he “stayed back with his family.”

Auburn RB Kamryn Pettway did not make the trip to the Peach Bowl, Gus Malzahn said. "He stayed back with his family."

Pettway slid into a backup role, producing 305 yards on 76 carries to go along with six touchdowns this season. Still, it would certainly be big news if he was no longer on the Auburn roster in the coming days, leaving some unsettled business to take care of from an official standpoint.

This is certainly something to monitor but, for now, we know that Pettway won’t be in Atlanta and may no longer be on the roster moving forward.