Missing LA Rams running back Tre Mason has been found 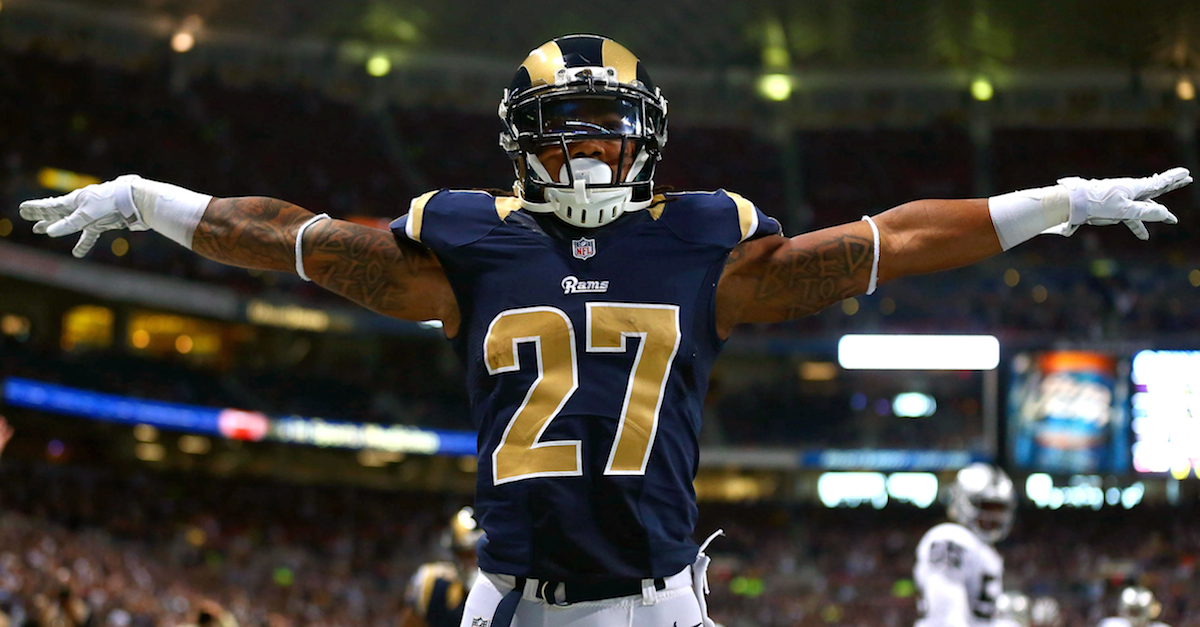 Former third-round NFL Draft pick Tre Mason has had a troublesome year so far in 2016. He was arrested in early March, and  it was reported late last week that he had an encounter with police on July 23 after Mason was making ?irrational statements? when his mother called the cops. He reportedly threatened to call the White House to have them fired and made statements about Al Qaeda. Officers also reportedly noticed a broken vase, a broken lamp and a hole in the wall.

Friday, a neighbor said he?d seen Mason on Wednesday practicing drills in the front yard for about 30 minutes.

When WPBF 25 News asked Mason if he were going to training camp, he yelled, ?No.?

The July 23 police report noted Mason was not believed to have the ?ability to make decisions at this time and therefore he was transported [redacted] where he was treated for laceration and admitted for evaluation.?

Mason was a key running back for the Rams, rushing for nearly 1,000 yards and five touchdowns over the last two seasons. He was supplanted by Todd Gurley last season as the lead back.