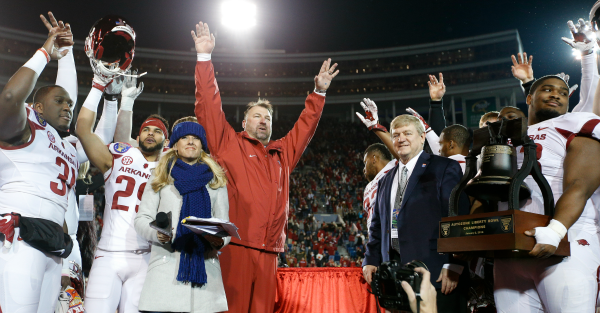 Danny Kanell just can’t let the SEC enjoy anything. He’s one of the few ESPN analysts who isn’t drowning in SEC bias, but instead he drowns in SEC hate. He stayed par for the course with this tweet as time was winding down on Arkansas’ 45-23 win over Kansas State in the Liberty Bowl.

I think Kanell is still mad that his Noles got beat pretty good by a team outside the Power 5. And I guess he didn’t see the stat his employer released about the SEC’s dominance in bowl games this year either. But I guess Kanell just likes to hate hard.