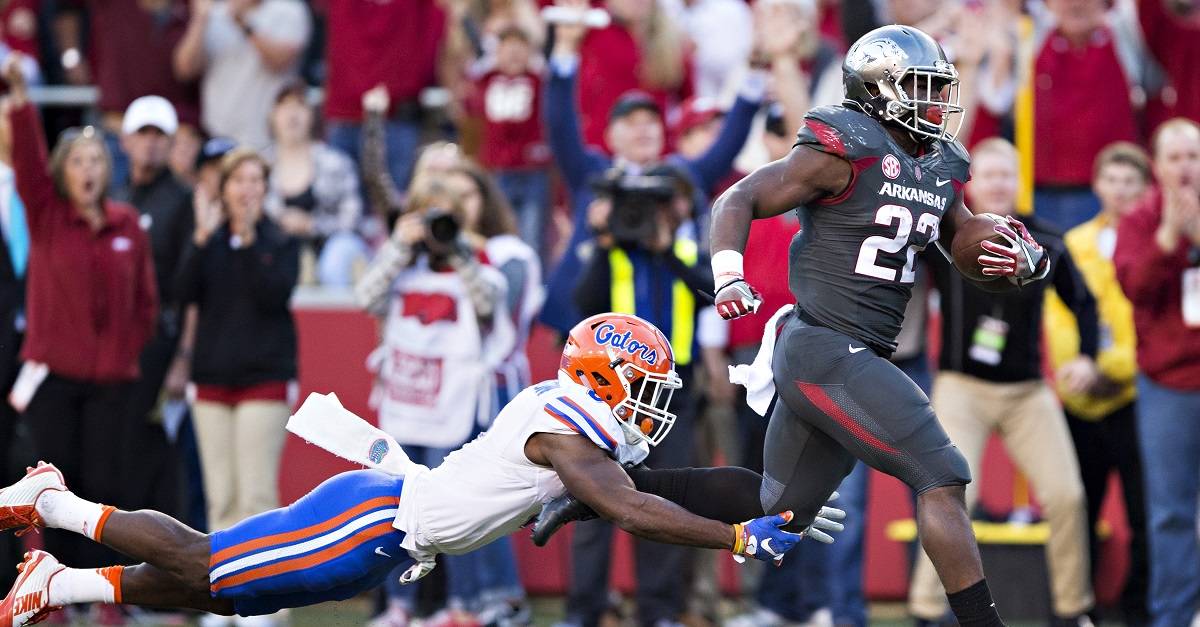 The SEC East has been a horrible, no good, disgusting mess of a division this season and that’s being nice. Tennessee started out the season being the favorite to win the East and once the Vols lost their three games in a row to Alabama, Texas A&M and South Carolina they fell out of favor.

RELATED: The SEC East is truly terrible, and this stat more than proves it

Then Florida gained the advantage because the Gators had played one less conference game due to the rescheduling of the LSU game. After their win over Georgia they became the favorite with Kentucky a close second. However, after both teams lost on Saturday, here’s ESPN’s FPI and what it says about the SEC East:

Last Monday Florida was a heavy favorite to win the SEC East.

Today, Tennessee is right back in the picture. pic.twitter.com/HmQxtJL7pW

Looks like the Vols still have something to play for this season with very winnable games coming against Vanderbilt, Kentucky and Missouri to end the season.