The Florida International University community has been devastated by the news of the untimely passing of FIU football player Luke Knox, who was only 22 years old.

On Wednesday, FIU announced the tragic news via Twitter that Knox, who transferred from Ole Miss to FIU, had passed away but did not give any details on the cause of death. But while the cause was not revealed, the university said police do not suspect foul play in Knox's death.

Coaches Respond to the Tragic Loss

"We are saddened by the sudden passing of Luke Knox, a member of the FIU Football program. We send our thoughts and prayers to Luke's family, friends and teammates during this difficult time."

Luke Knox is also the brother of Buffalo Bills tight end Dawson Knox who was also a standout for the Rebels before taking his talents to the NFL. Bills head coach Sean McDermott expressed his condolences to the Knox family before Bills training camp on Thursday morning.

"Tough morning. Our hearts go out to Dawson and his family during this time," Bills coach Sean McDermott said to the media. "We're right there with him and supporting him and his family. Tragic news that I woke up to this morning. We love him and we support him."

"Words cannot express the heartfelt sorrow we feel because of the passing of our teammate and friend, Luke Knox," FIU coach Mike MacIntyre wrote on social media. "I had the honor of coaching Luke at Ole Miss and at FIU. While I admired his passion for football, his genuine love for his family and teammates is what I will always remember."

Knox Was Returning to His Love of Defense at FIU 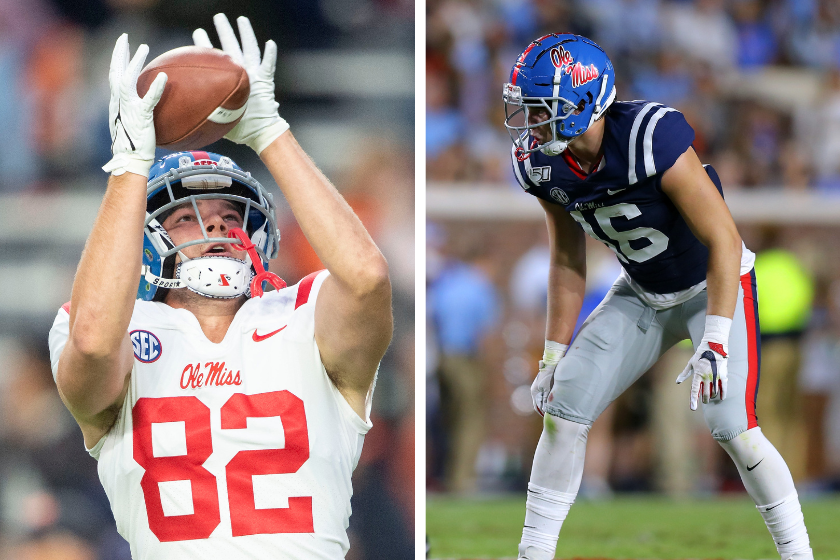 Knox, who was originally from Brentwood, Tennessee, was prepping for the new college football season with his new team. Appearing in 23 games for Mississippi, Knox, a linebacker, was putting the finishing touches on an offseason that would get him set for his first season with FIU. After amassing 11 total tackles, two passes defended and a fumble recovery in his three years at Ole Miss, the Rebels athletics department decided to shift him to tight end in 2021. Reuniting with MacIntyre in Florida allowed Knox to return to the other side of the ball, where he loved to play.

Our hearts go out to the Knox family and to the FIU community and hope they find the peace they need in this devastating time.