Another Florida defender will be out for the SEC Championship 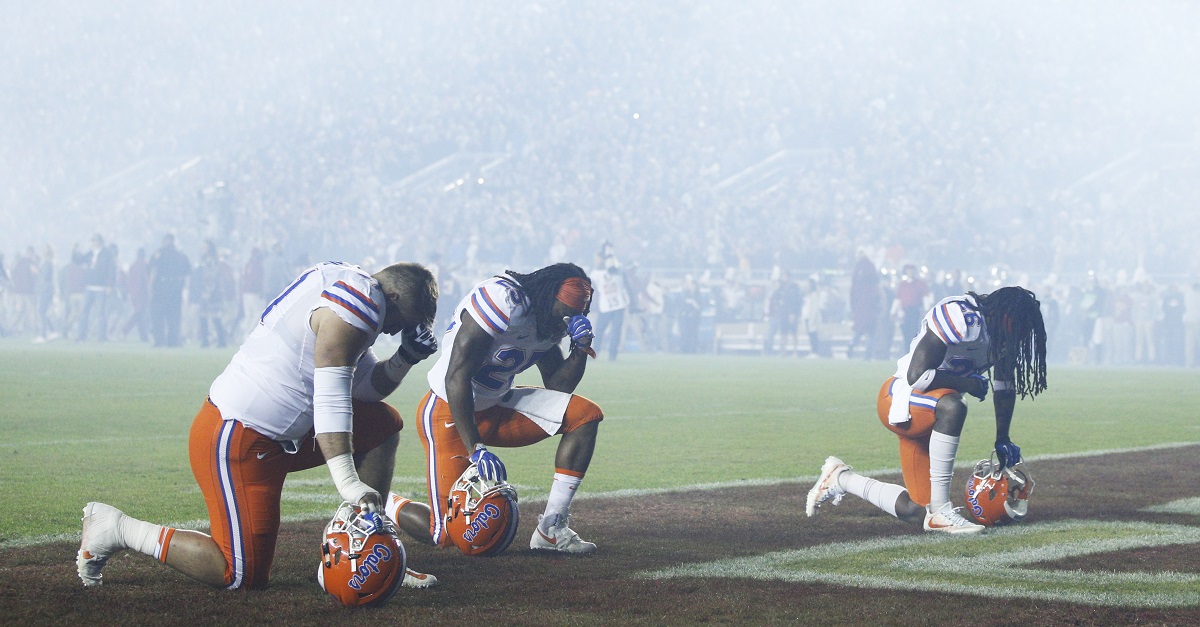 Florida has not won the war of attrition on defense this year as several high-profile players have been lost to injury. Marcus Maye, Alex Anzalone, Jarrad Davis and Bryan Cox Jr. have all been lost to injuries and it looks like it won’t get any better.

RELATED: Florida loses yet another defender to terrible injury

Defensive end Jordan Sherit will not be available for the Gators against Alabama next weekend in the SEC Championship Game.

“Sherit will be definitely out,” Florida coach Jim McElwain said on a Sunday teleconference with reporters.

He was seen on the sidelines during the Florida State game on crutches so the injury was clearly a pretty serious one. Sherit has 38 tackles on the season, including five for loss and 3.5 sacks.