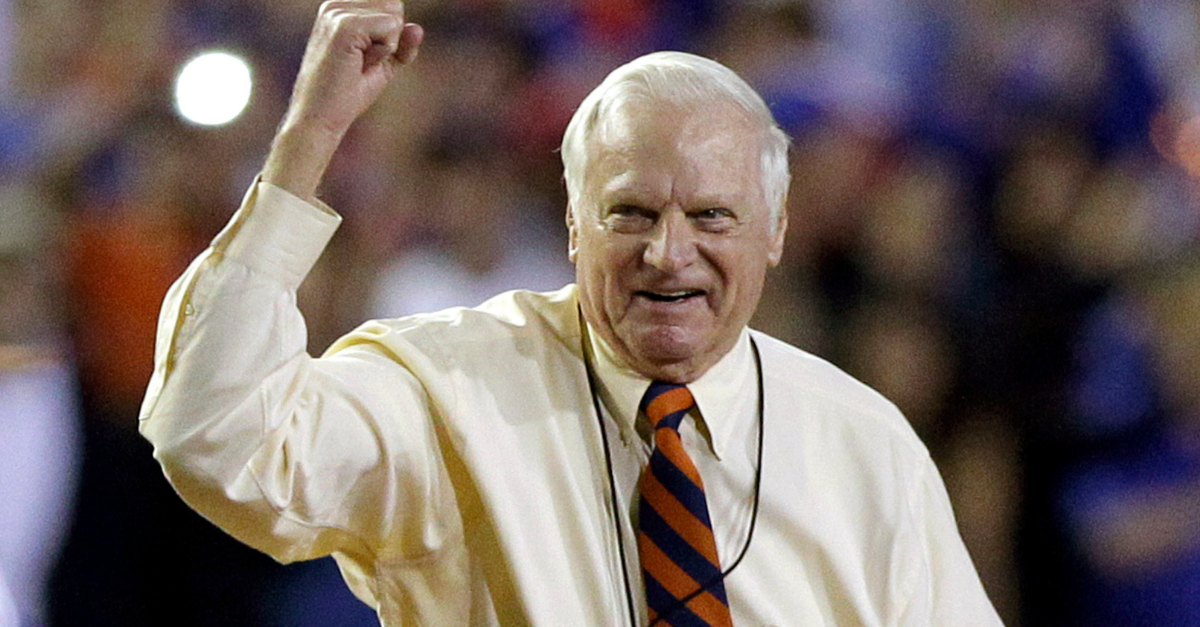 GAINESVILLE, Fla. (AP) ? The University of Florida’s most famous cheerleader has died.

Edmondson officially retired from his role after the 2008 season. He never attended Florida but was named an honorary alumnus in 2005.

We mourn the passing of a legendary Gator – Mr. Two Bits. https://t.co/wGikZLu3J2

Edmondson first performed his “Two Bits” cheer in 1949. He was in the stands at Florida Field when fans booed the Gators as they took the field for the season opener against the Citadel. An insurance agent from Tampa, Edmondson decided to cheer and encouraged others to join him.

His “Two bits, four bits, six bits a dollar … all for the Gators, stand up and holler!” routine took hold, and he quickly became a well-known figure at games. He always wore khaki pants, a yellow dress shirt, an orange-and-blue striped tie and brown-and-beige saddle shoes. He would move from section to section, with a whistle around his neck and a rolled-up “2-Bits” sign in his back pocket. During stoppages in play, he would blow the whistle while holding up his sign and then lead those nearby in the recognizable cheer.

He also cheered on the field before games.

Since Edmondson put down his whistle for good, Florida used an honorary Mr. Two Bits to fill the void. Former Heisman Trophy winners Steve Spurrier and Danny Wuerffel as well as NFL broadcaster Cris Collinsworth, pro wrestler Titus O’Neil and five-time Olympic swimmer Dara Torres were among those who dressed up like Edmondson and mimicked his cheer before games.