Brenton Cox Jr. was already considered one of the biggest recruiting busts in Georgia history, and now three years after transferring to rival Florida, his tenure in Gainesville will be remembered for how it ended.

Cox was dismissed from the Gators after appearing to punch a Georgia player following a play over the weekend, Florida coach Billy Napier announced on Monday. Cox was one of Florida's best defensive players this season, leading the team with eight tackles for loss and nine quarterback hurries.

The same day his dismissal was announced, Cox declared for the 2023 NFL Draft in a post to Twitter.

"I find it hard to express my disappointment in being dismissed from the team," he wrote. "It is truly a shock. I have always had a competitive spirit. I think sometimes that gets misconstrued."

Napier didn't specify exactly why Cox was dismissed, but he did say it was a "cumulative effect."

Billy Napier did not share specifics on Brenton Cox's dismissal from #Gators. 'It's a cumulative effect.'

"Sometimes you have to make decisions in the best interest of the team." -- Napier on Cox ... "We decided to move on."

Cox, who had two sacks this season, had 13.5 total sacks over the last three seasons for Florida. He had 32.5 tackles for loss over that time too.

Cox's career path has been an interesting one to say the least, considering he's now been dismissed from two major SEC programs. 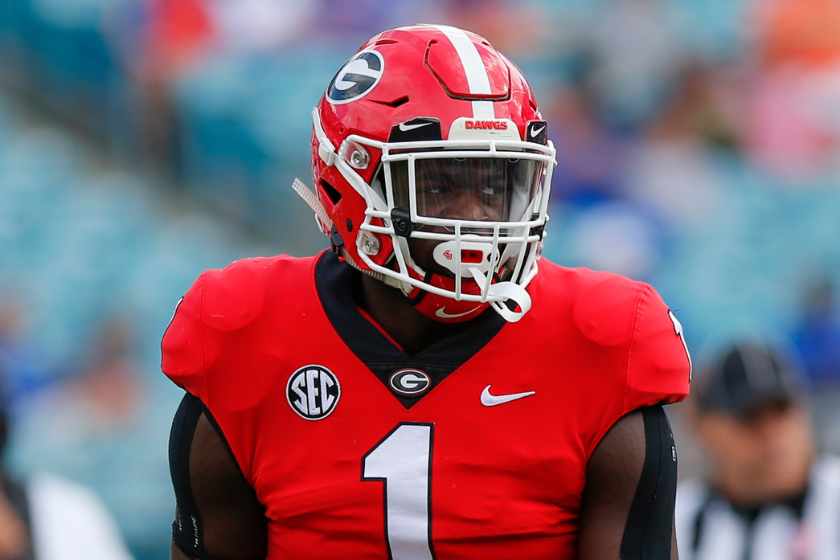 Ask any two fans who they believe to be the biggest recruiting bust in their school's history and you might just get two different answers. Ask two Georgia Bulldogs fans for their answers and they'll say one name: Brenton Cox Jr.

For the Georgia Bulldogs, the 2018 offseason was far from a quiet one. Bar fights. Arrests. The months preceding the 2019 season filled the college football headlines for both good and bad reasons. But the cherry on top was sophomore linebacker Brenton Cox Jr. getting dismissed by Georgia head coach Kirby Smart.

UGASports.com reporters Anthony Dasher and Radi Nabulsi reported that the dismissal took place after Cox, a former five-star recruit from Stockbridge, Georgia, was arrested in his dorm room by the University of Georgia Police Department alongside fellow linebacker Robert Beal. After being placed in cuffs, Cox and Beal were taken into custody by the Athens-Clarks County Police Department for possession of marijuana, a misdemeanor charge.

Was Cox going to be suspended? Did the arrest force the dismissal? Did something else happen? There were many questions and little answers coming from the Bulldogs football program when the news broke.

And yet, despite nothing being official, 247Sports reported that the sophomore outside linebacker had entered the NCAA Transfer Portal before any decision was made by Georgia.

Cox played in 13 of 14 games in the 2018 season for the Bulldogs. He recorded 20 tackles, including two tackles for loss and one sack, as a true freshman. The five star recruit was ready to be a big piece of Georgia's team for the next three years, but he simply couldn't stay out of trouble in Athens.

It didn't take long for former Georgia Bulldogs linebacker to find a new home. Less than a week after entering the NCAA Transfer Portal, the 6-foot-4 outside linebacker found his new home. 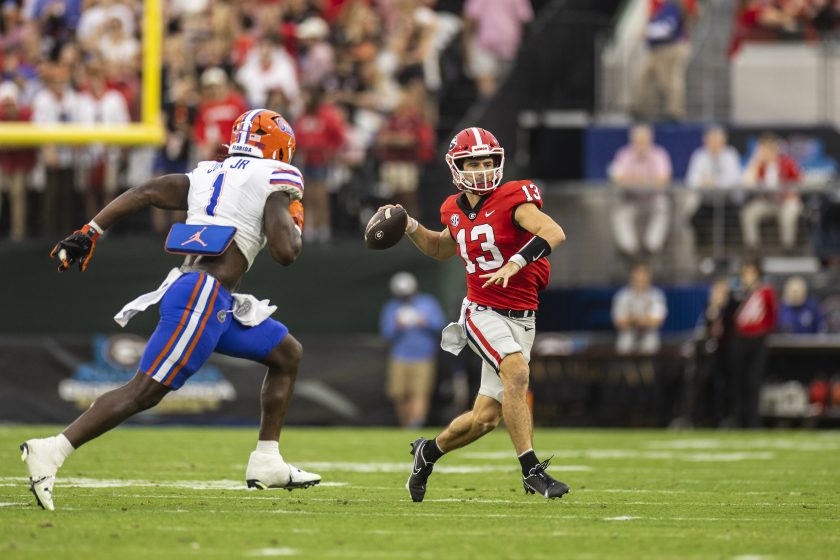 Cox decided to transfer to the Florida Gators and play for head coach Dan Mullen almost immediately after his dismissal. He was apparently already enrolled at the University of Florida and was expected at practice in Gainesville within two weeks of leaving the Bulldogs. That's quite the quick turnaround. However, Cox sat out the entirety 2019, returning to the gridiron in 2020.

And there's clearly been no love lost between the two. When the matchup between Georgia and Florida was announced for October 29, 2022, Cox put out a message on his Instagram saying, "We go kill them dawgs. Animal cruelty." Then during the game, his fist almost made that a reality.

Brenton Cox got no flag after punching his former team in the head after getting destroyed at the line. #Godawgs typical #Gators fashion pic.twitter.com/h8PUDFS7xb

Now, Cox can turn his attention to the NFL Draft. It's unclear where he'll go, if he's selected, but one preseason Fox Sports mock draft predicted Cox going 25th overall.