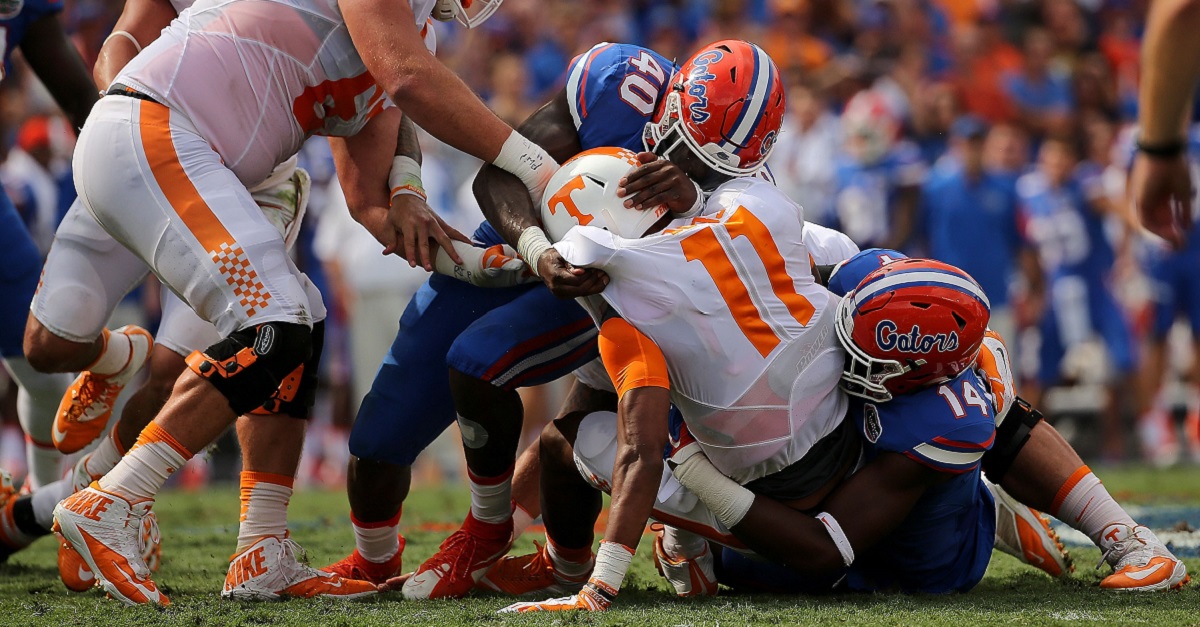 Tennessee-Florida week usually breeds a lot of hatred and plenty of bulletin board material for the two teams, but Vols coach Butch Jones refuses to become a part of it. Instead, he’s going the absolute opposite route and he’s handing out compliments to the Gators. When asked about a defense that just kept North Texas to 53 total yards, he had nothing but respect.

“This is probably the best defense we have faced since I’ve been here,” Jones said.

“What can I say about them defensively?”

“They make you earn every yard you get.”

RELATED: Vols grandma has a very NSFW message for the Gators

That’s pretty high praise considering Jones and his team have played Alabama every year he’s been there and they generally have the best defense year in and year out. So to say this Gators defense is the best he’s seen while at Tennessee is one of the biggest compliments that unit can ever receive.

Under defensive coordinator Geoff Collins, the Gators defense has allowed under 200 yards to all three opponents in 2016. They tout the nation’s No. 1 total defense, No. 1 scoring defense and lead the country in sacks with 16. Sure, those stats come against the likes of Kentucky, UMass and North Texas, but the defense still got up for the challenge and made it happen.

Florida’s defense will have a good chance to keep the good times rolling as the Vols only average 5.1 yards per play — ranked 100th nationally — and the offensive line has been shaky at best. It’s already allowed seven sacks and 20 tackles for loss this season so expect the Gators defensive line to get a ton of pressure and make the game a living nightmare for Josh Dobbs and his running backs.