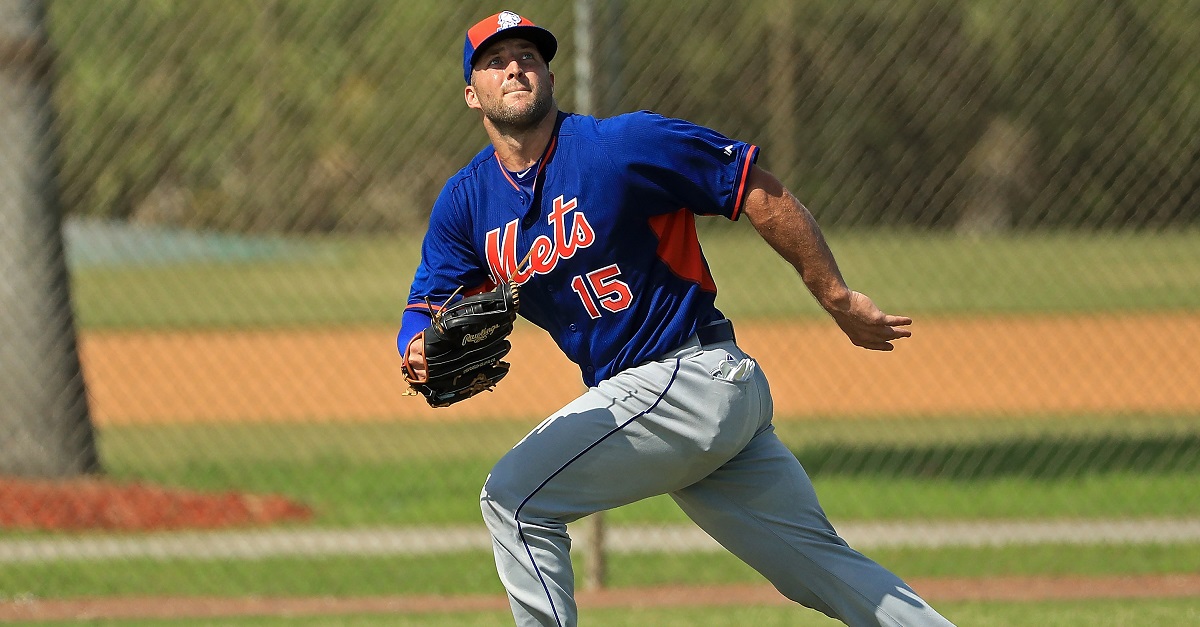 Tim Tebow is back at the plate this year as he is at spring training with the New York Mets. He had a solid season last year with the Columbia Fireflies and then was promoted to the Class A-Advanced St. Lucie Mets. This prompted some people to deem Tebow a legitimate pro prospect and it seems NBC analyst Dan Patrick believes Tebow could get the major league call up he very much wants.

DP on Tim Tebow's chances for a Big League call-up this season pic.twitter.com/qBIHgQ5OP8

Patrick didn’t go so far as to say it would be an outright publicity stunt, but he did say that Tebow wouldn’t get to the majors on his talent alone. The Mets invited Tebow to their major league camp this spring so he will have a chance to show them what he’s got and what’s learned since last season.