Danny Wuerffel inducted into Capital One Academic Hall of Fame 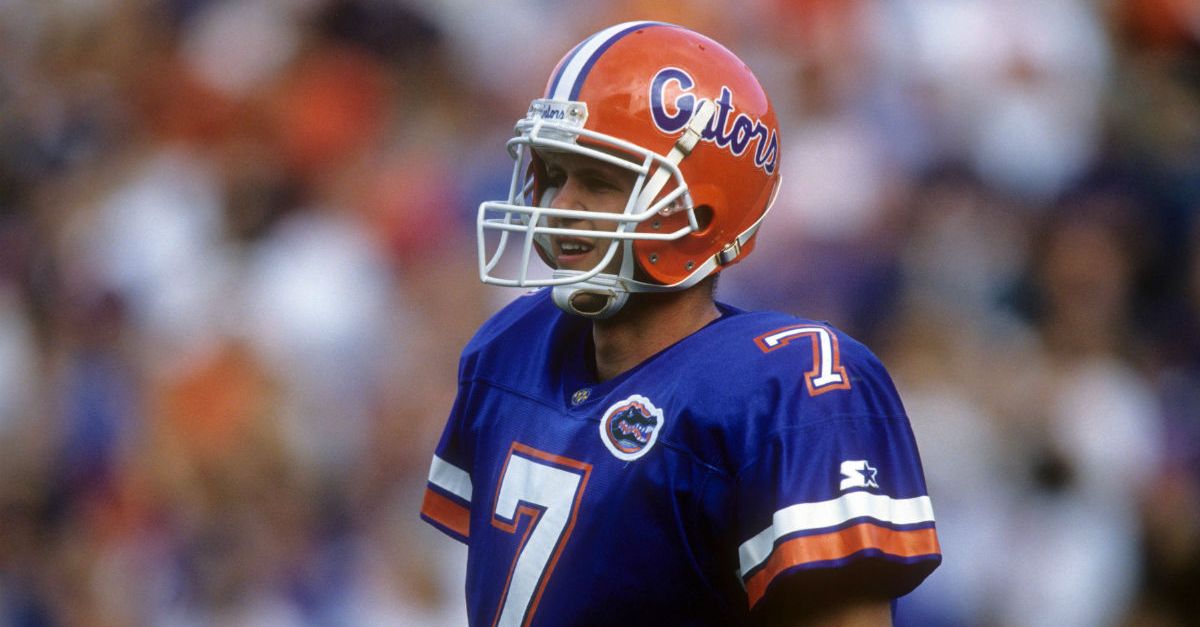 Former Heisman-winning quarterback Danny Wuerffel has been inducted into the Capital One Academic Hall of Fame as a member of the class of 2015. Wuerffel is the sixth former Gator to be inducted, and the third former football player. Other former football players include Carlos Alvarez and Cris Collinsworth. Highlighted by the Heisman-winning and National Title campaign in 1996, he received a number of prestigious awards and honors during his career at the University of Florida. The official release on his induction highlights the many accolades he collected during his time at the University of Florida.

A two-time first team GTE Academic All-America® during his junior and senior campaigns of 1995 and 1996, Wuerffel guided Florida to four straight Southeastern Conference crowns and back-to-back appearances in the national championship game.  A two-time All-America honoree, Wuerffel also was a two-time recipient of the Davey O’Brien Award and received both the Sammy Baugh Trophy and the Johnny Unitas Golden Award Award.  Wuerffel threw for nearly 11,000 career yards. This included 3,625 yards and 39 touchdowns as a senior during a season which featured a 462-yard effort against Arkansas during the Gators’ run to the national championship.  He was elected to the College Football Hall of Fame in 2013.