Did Tennessee move the spot of the ball over on the second try of its 55-yard field goal attempt? 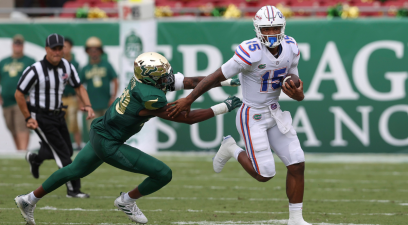 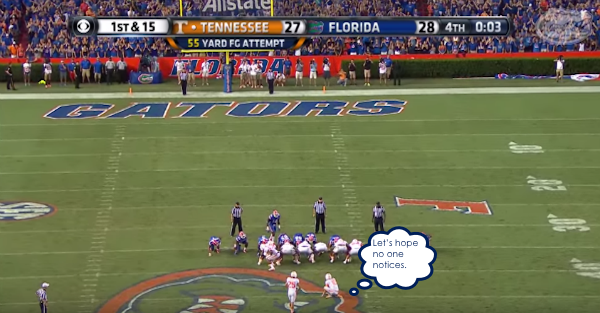 Florida (4-0, 2-0) defeated Tennessee (2-2, 0-1) on Saturday afternoon in a thrilling 28-27 comeback victory. Florida scores a 63-yard touchdown on 4th down to go up 28-27 with just under 1:30 to play. The Vols were able to drive down to midfield, and were lined up to attempt a 55-yard field goal. The first attempt went wide right, but they got a second try thanks to Florida head coach Jim McElwain calling a timeout.

Take a look at where the spot of the holder was during the first attempt, and then on the second one, per Nick de la Torre of Gator Country. You can tell it’s moved over to the left ever so slightly.

There will likely be talk of this in the days moving forward — McElwain will meet with the media on Monday. One thing’s for sure — if Tennessee had made it on the second try, that would have been a huge controversy.