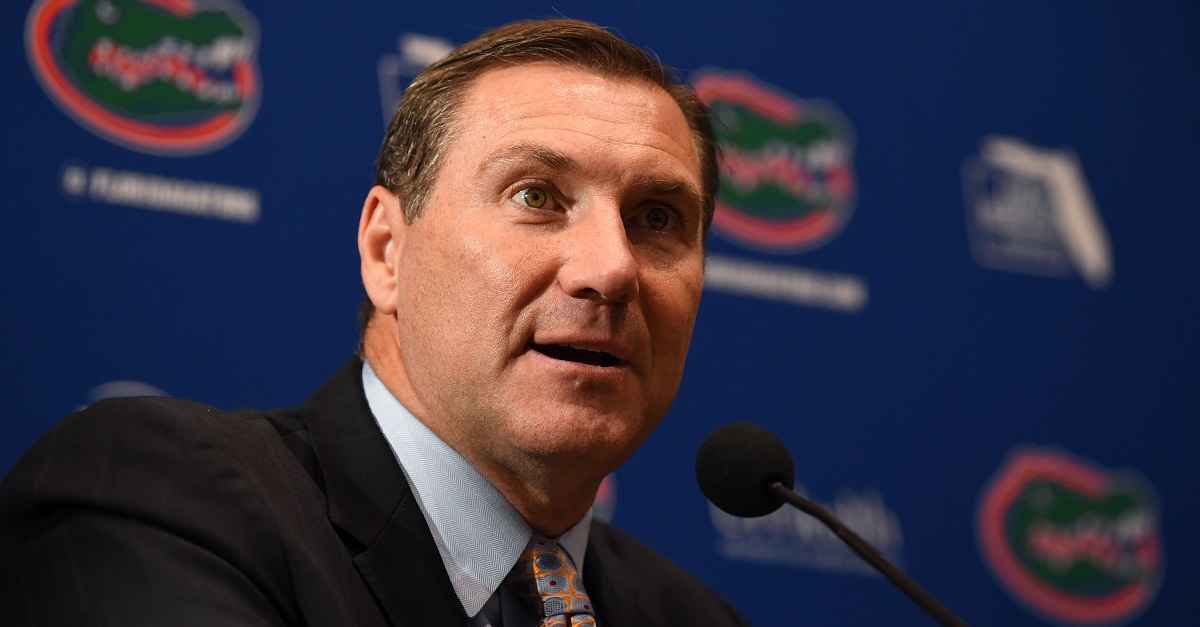 The Florida Gators suffered a big loss on Thursday night when four-star and No. 3 pro-style quarterback Matt Corral announced that he had flipped his commitment to Ole Miss.

Florida appears to already be back on the offensive on the recruiting trail, as Zach Abolverdi of SEC Country is reporting that four-star Ohio State commit Emory Jones (6-foot-3, 195 pounds, Franklin, Ga.) is in Gainesville and will be taking an official visit this weekend.

For what it’s worth, this is far from Jones’s first visit to another school ever since he committed to the Buckeyes last summer. Jones has most recently been checking out Auburn and Alabama per 247Sports, and now it looks like he could be adding the Gators to that list.

Considering that Jones and Corral are ranked in roughly the same spots in the recruiting rankings, being able to flip Jones would be a huge win for the Gators after they lost Corral to Ole Miss. That obviously won’t be an easy task, as Ohio State is still hoping to keep Jones, all while Auburn and Alabama are attempting to swipe away the four-star as well.