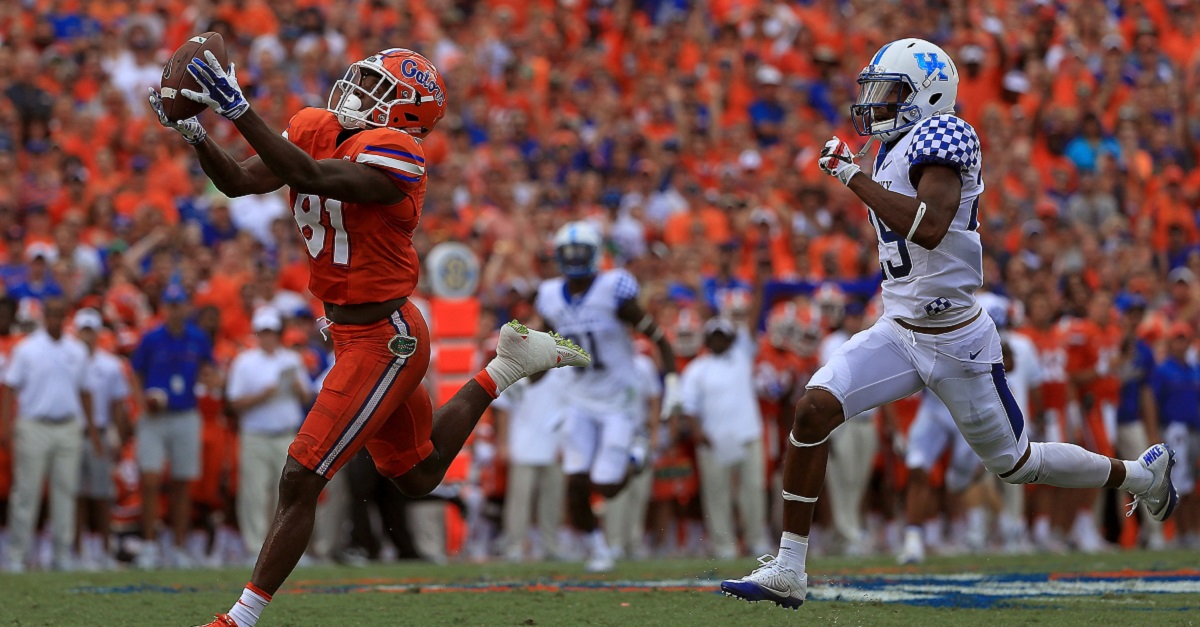 Normally it’s the players making headlines for getting suspended for making boneheaded decisions. This time it’s Orlando Sentinel’s Mike Bianchi who is also a college football beat writer for all of the major teams in the state — Florida State, Florida and Miami most notably. He makes his picks for those teams every week on whether they’ll win or not.

He actually thought that Kentucky would break a 29-year drought against Florida last Saturday and was he wrong big time. The Gators manhandled the Wildcats 45-7 and could have blanked them if they didn’t put the backup players in at the end. To avoid being a hypocrite, Bianchi decided he would suspend himself for a week to punish himself for such a terrible pick.

From his article in the Sun Sentinel:

“It’s also why I’m going to penalize myself for the inane prediction that Kentucky would upset UF. When college athletes do something stupid, I often write they should be suspended for a week so they can sit on the bench and think about what they have done.

I don’t want to be a hypocrite, and this is why I’m self-imposing a one-week suspension on picking football games. This is going to be  tough because I’ve been making weekly pigskin predictions for 25 years. In short, I have become a football-picking junkie.”

That’s probably a smart decision. And one Florida fans might appreciate with that ridiculous upset pick.