Florida could be down a receiver heading into the Arkansas game 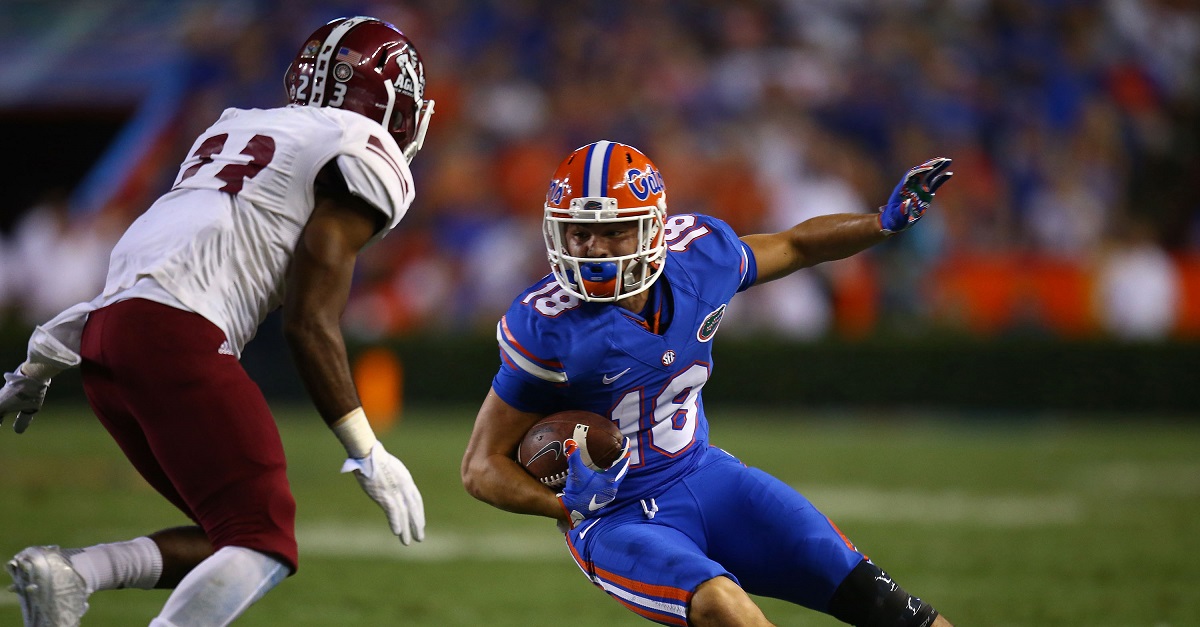 Rob Foldy/Getty Images
GAINESVILLE, FL - SEPTEMBER 05: Wide receiver C.J. Worton #18 of the Florida Gators slips as he is defended by defensive back Iman Chatman #26 of the New Mexico State Aggies during the second half of the game at Ben Hill Griffin Stadium on September 5, 2015 in Gainesville, Florida. (Photo by Rob Foldy/Getty Images)

Junior wide receiver C.J. Worton looks to be questionable heading into the Arkansas game this weekend. Worton has appeared in five games so far this season and has caught four balls for 45 yards this season. At Wednesday’s press conference with coach Jim McElwain he said that Worton got a little banged up in practice.

While that doesn’t necessarily hurt Florida too much, it does leave the Gators a little short-handed at the position. The rest of that injury report is great though as all those defensive guys are going to be needed to stop Arkansas quarterback Austin Allen who is helping the Razorbacks average 256 yards passing each game.