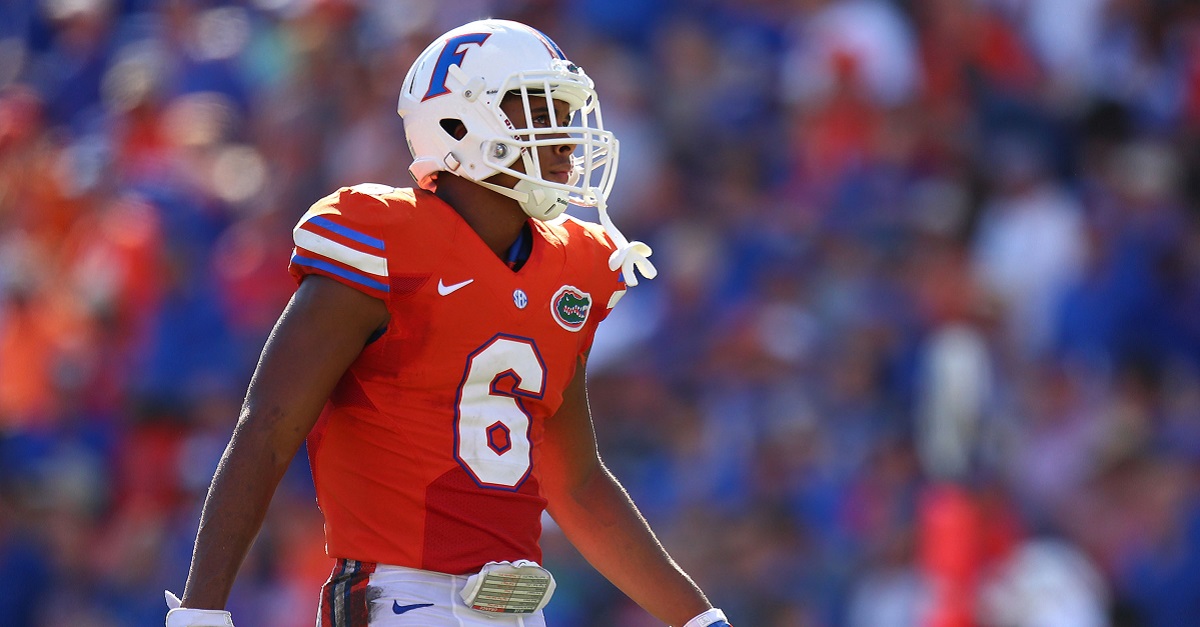 Rob Foldy/Getty Images
GAINESVILLE, FL - NOVEMBER 07: Quincy Wilson #6 of the Florida Gators looks on during the second half of the game against the Vanderbilt Commodores at Ben Hill Griffin Stadium on November 7, 2015 in Gainesville, Florida. (Photo by Rob Foldy/Getty Images)

Florida defensive back Quincy Wilson grew up a Seminole hater. His dad played for the Miami Hurricanes in the 1990s and he’s a Gator now. It’s only natural that wants to beat the snot out of the Seminoles when they meet in the last weekend of the regular season, but maybe his thoughts on it should have been kept to himself.

Can't wait to go to Doak this year

Grew up a Hurricane… Now a Gator.
The Seminole hate is real!

Florida State is going to have those tweets pinned to the board for the whole season in anticipation of the annual rivalry game. I guess it’s never too early to be handing out bulletin board material.