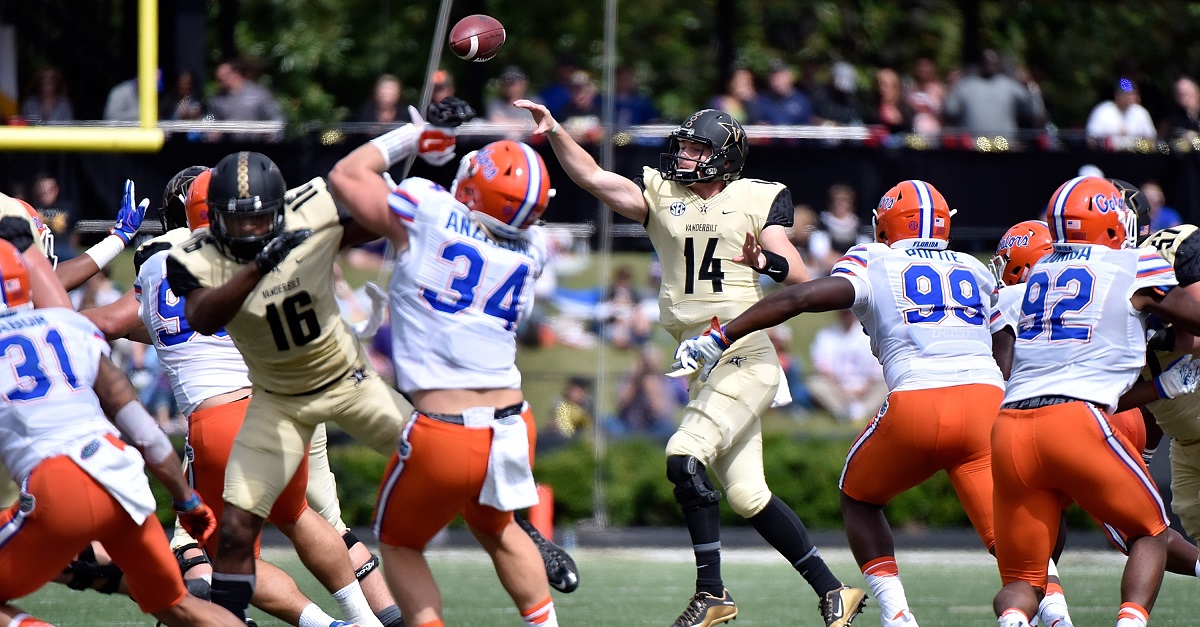 The rivalry between Florida and LSU has no love lost over the years and it’s because of the trash talking and brutal games played between the two teams. The trash talking has become more relevant in recent years, especially as both schools have become known as “DBU” with each other claiming the title for themselves.

RELATED: Quincy Wilson starts the trash talking for the Gators ahead of the UT game

The Gators have been able to claim the better pass defense only allowing about 140 yards through the air each game — good for fifth in the country. Wilson gave the ultimate insult to LSU’s new starting quarterback Danny Etling with this quote:

Quincy Wilson asked about facing LSU QB Danny Etling. Wilson: Appleby told us "he beat him out at Purdue. That's all we need to know."

Neither quarterback was very good at Purdue so saying Etling got beat out by Appleby is a pretty big slap in the face and one that LSU won’t likely forget. That should make for a more exciting than normal noon game between the two schools.