Florida finally has a QB leader heading into summer workouts 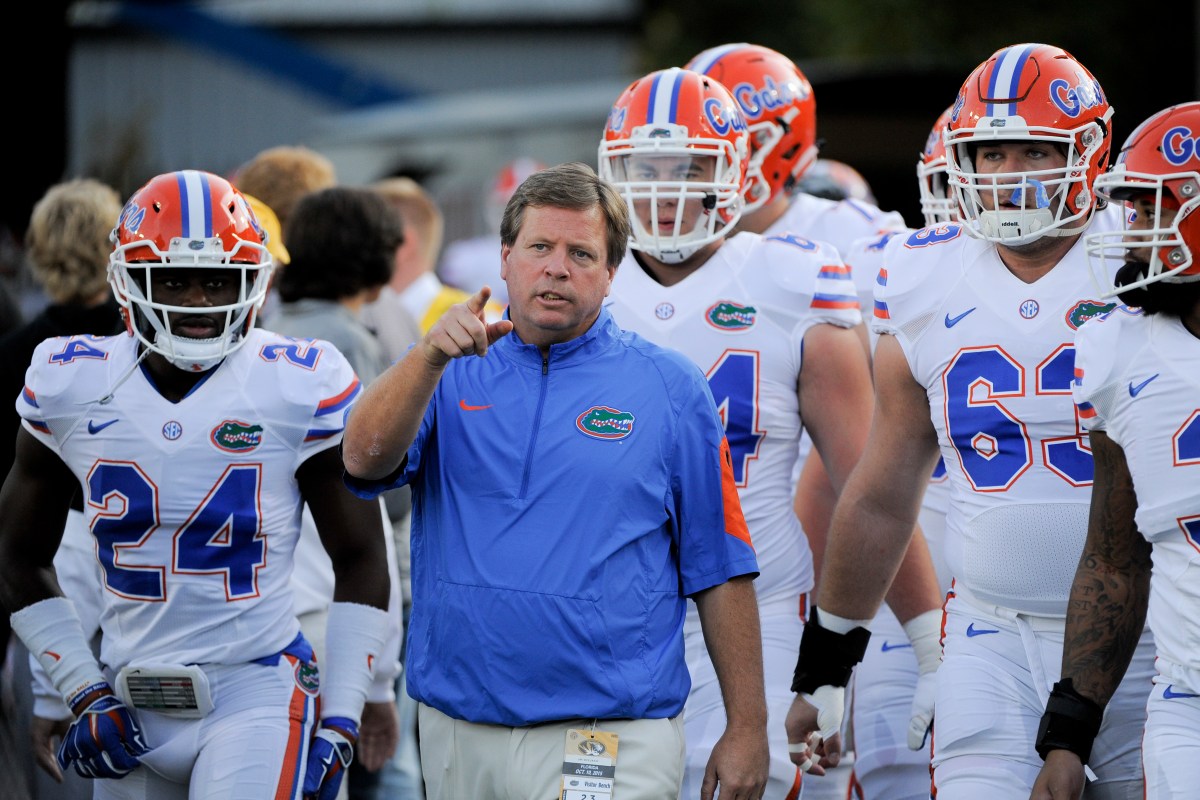 Ed Zurga/Getty Images
COLUMBIA, MO - OCTOBER 10: Jim McElwain head coach of the Florida Gators leads members of team into Memorial Stadium for warm ups prior to a game against the Missouri Tigers on October 10, 2015 in Columbia, Missouri. (Photo by Ed Zurga/Getty Images)

Florida fans have been wanting to know who their starting quarterback will be in the summer and eventually fall. With the spring game on Friday, they finally got a clearer picture of who that will be. Feleipe Franks looked mostly sharp going for 119 passing yards and a touchdown on 8-of-14 passing. He didn’t play at all in the second to give Kyle Trask and Kadarius Toney more opportunities to show what they can do.

While Franks was working mostly against a second-team defense he still looked like he was in command and had a couple of really nice throws. He had a 46-yard bomb to Josh Hammond down the sideline and hit Antonio Callaway for a 16-yard touchdown. While he didn’t blow any minds it was considerably better than his three interception performance in last year’s spring game.

Te performance from Franks got a little praise from coach Jim McElwain afterward.

Barring anything drastic, like a Malik Zaire graduate transfer to UF, it seems that Franks has a firm grasp on the starting job for the Gators.