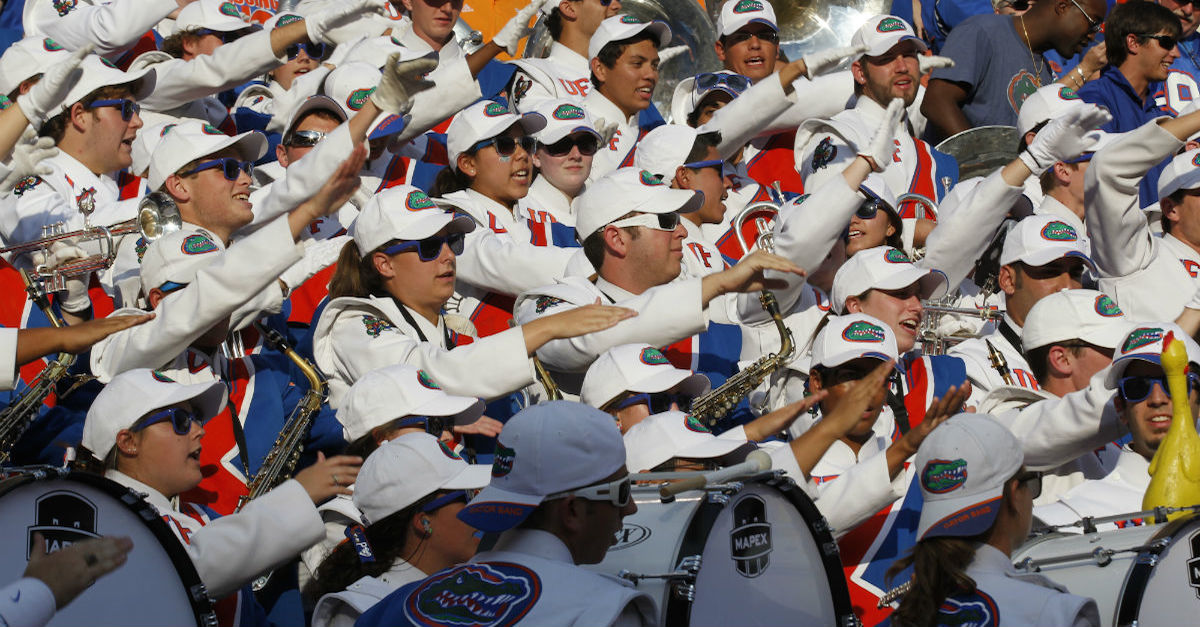 On Monday, Gator Nation was riding the high of a 28-27 comeback victory over one of its biggest SEC East rivals Tennessee. But on the same day, the Gator band, otherwise known as “The Pride of the Sunshine” announced that it would no longer be playing the song that initiates 90,000+ people in Ben Hill Griffin Stadium to say a penalty chant.

The chant was developed over ten years ago — when the opposing team is flagged for a penalty, the band starts a tune that causes the crowd to respond with it by saying “you can’t do that.” But that’s not the part that’s causing problems. Instead of saying the chant that’s supposed to go along with it — “you can’t do that,” a noticeable portion of the crowd says “move back you suck” to the same tune that the band is playing. It is clearly audible when you hear it.

Jay Watkins, the UF Associate Director of Athletic Bands, told WUFT that the University Athletic Association told the band to stop playing the tune, because it had received a number of negative e-mails.

“The reason why it’s been stopped is because there have been too many complaints from fans to the athletic department that the student section was saying something else that the fans thought was vulgar and inappropriate,” Watkins said.

“This is a frustrating situation for all and a perfect example of how a few complaints or a few individuals doing the wrong thing negatively affect a great 10-year tradition.”

A 10-year tradition. Now I’m not sure if the “move back you suck” chant has been around for ten full years — but I can tell you that while I was at the University of Florida as both a student and a member of the media in the press box during the 2011, 2012, 2013 and 2014 seasons, you could hear it loud and clear — and it was a heck of a lot more than just a “few” people. That’s four years. I can’t speak personally for years prior, but I wouldn’t be surprised if it was around then. So, why now?

Don’t get me wrong, I both understand and fully support the fact that the UAA has a responsibility to uphold the image and values of the University of Florida — every UAA has a responsibility to do that. But we’re talking about fans here. Fans that are enjoying a college football game. College football, when you boil it down, is supposed to be fun. Sports, as big and important in society as they seem nowadays, are supposed to be fun.

These fans, whether they are UF students or not, are essentially entitled to say whatever they wish, right? Obviously it’s a different story if those words invoke or are accompanied with violence, or if the individual is causing an obvious and unavoidable disturbance to those around them — you obviously can’t do that.

Sure, saying “move back you suck” isn’t the prettiest way to taunt an opposing team or its visiting fans, but there’s no obscenity or curse words in the chant. It’s humorous — and it’s not directed towards anyone personally.

Should we put an end to fans jingling their keys at opposing fans at the end of games as well? Bring this lighthearted, humorous chant back. Let fans continue to do what college football is really all about — having fun.

I’ll get off my soapbox now. Thanks for reading, those of you that did. Feel free to send me your thoughts, comments or say hi to me on at Twitter @Morgan_Moriarty.