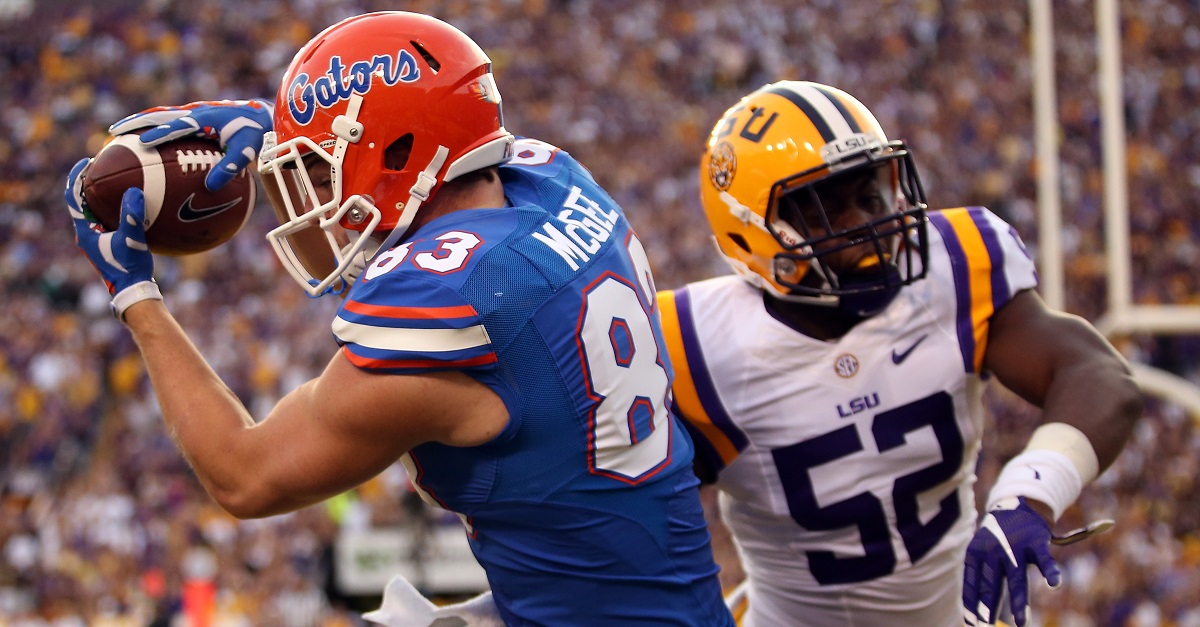 A decision on the kickoff time and potential venue change was supposed to be announced at 1 p.m. on Thursday (today), but that time was delayed until 3 p.m. and now it’s been delayed indefinitely it seems. There are some people saying that the decision could be made at 5 p.m.

Decision on @GatorsFB vs. @LSUfootball now won't come until 5 p.m.

And then there are some who say that there is no set time for the announcement:

I was told that there is no established time for an announcement on the decision regarding the LSU/Florida game kickoff. Just stay tuned. .

Regardless of what time the decision is made, people need to know so they can make plans for the game or to evacuate the state. Florida also announced that campus is closed and classes were cancelled for tomorrow (Friday).

The SEC just needs to step in and make the call for both schools before this gets too far out of hand.