Florida’s defense was historically great against Georgia on Saturday 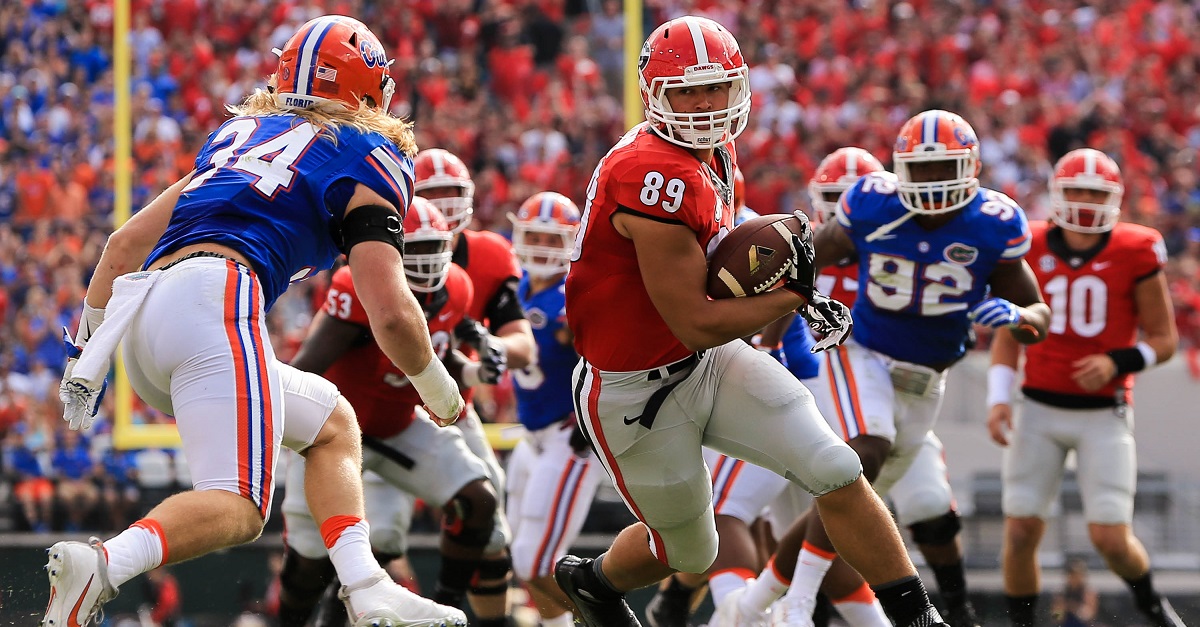 Rob Foldy/Getty Images
JACKSONVILLE, FL - OCTOBER 29: Charlie Werner #89 of the Georgia Bulldogs carries as Alex Anzalone #34 of the Florida Gators defends during the first quarter of the game at EverBank Field on October 29, 2016 in Jacksonville, Florida. (Photo by Rob Foldy/Getty Images)

Florida’s defense has been its calling card this entire season and against Georgia, that was no different. The Gator defense only allowed 164 total yards and a ridiculously low 21 of those were on the ground against the Bulldogs. Not only that, but the 24-10 score was something fairly familiar:

Florida has 21 wins over the last three decades against Georgia.

Georgia hasn't scored 21 against Florida in the last three years.

RELATED: Antonio Callaway makes history with this TD against Georgia

The 21 yards allowed on the ground was the fewest by the Dawgs since 1960 and that was with two running backs who are likely to end up in the NFL in Sony Michel and Nick Chubb. The Gators defense also recorded a season-high 16 QB hurries to go with eight tackles for loss and two sacks.