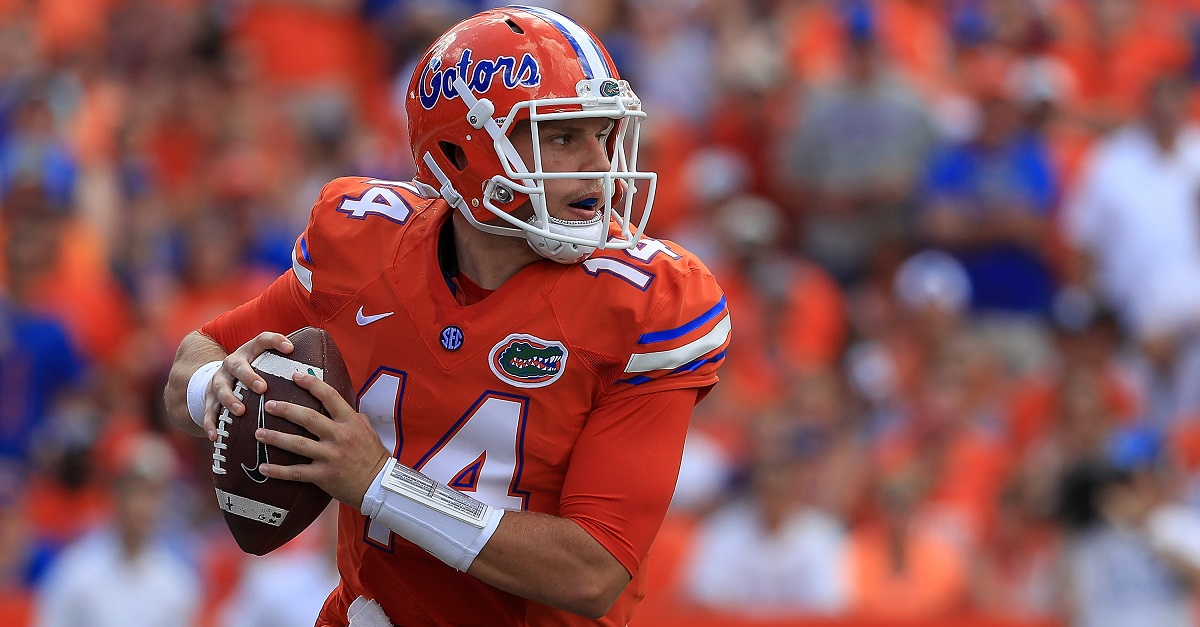 Florida is not expected to have Luke Del Rio available for the Vanderbilt game this weekend because of his MCL sprain he suffered against North Texas two weeks ago. However, he is making some very good progress and could be back soon this season. He participated in practice on Wednesday, but was pretty limited.

While it’s still unlikely that Del Rio plays on Saturday he will be re-evaluated on Thursday just in case his knee has improved more drastically than originally thought.

Austin Appleby played well against Tennessee last week competing 23-of-39 for 296 yards and three touchdowns against one interception.