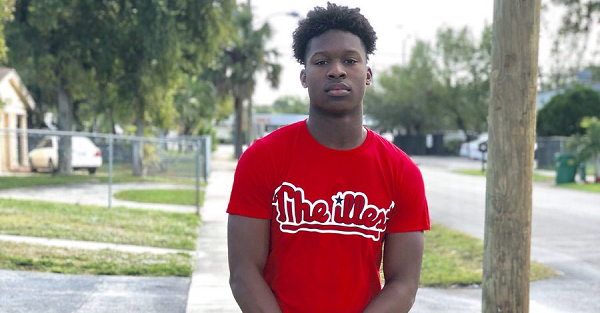 Four-star cornerback Jaden Davis just saw National Signing Day come and go and now he has a year to wait for his day. However, in the meantime he has started narrowing his list of schools and he has 10 he likes right now.

You'll never know what I did for this💭 pic.twitter.com/Q7whIOycd6

The 5-foot-10, 165-pound Florida native is ranked as the No. 19 player at his position and the No. 30 recruit in the state according to the 247Sports Composite rankings. The 247Sports Crystal Ball has the Gators as a heavy favorite right now with all the predictions going to them so far.

Davis has over 40 offers including some from Louisville, Michigan, Michigan State, Nebraska, Oregon and Penn State among others.