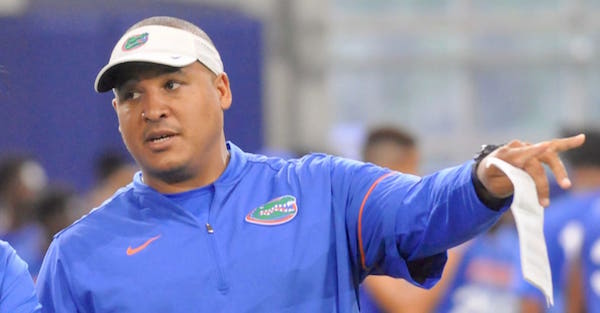 Can confirm @GatorCountry report that Ja’Juan Seider is leaving the UF coaching staff, indications are he will coach WRs at Penn State.

Florida’s running backs were a bright spot in 2017, despite the offense’s overall regression. The Gators recorded more than 200 rushing yards three times, as well as more than 150 yards seven times.

Seider has also won over fans, current players and prospects during his time in Gainesville, including quarterback Feleipe Franks.

“The way he carries himself. His swag,” Franks told SEC Country in November. “He can relate to the running backs. They love him, the whole team, we really love Coach Seider.”

Four-star running back Dameon Pierce also shared his strong sentiments for the coach with the website.

“If Coach Seider would have been one of the coaches to leave with Coach Mac, I probably would have de-committed honestly,” Pierce said. “Me and Coach Seider have a great relationship between each other.

I’ve been told that the Cleveland Browns brought Gators TE coach JaJuan Seider in for an interview this week. The Browns interviewed Seider for the running backs job.

Seider has yet to confirm his reported move to Penn State and Florida has not commented on his departure as of Wednesday.