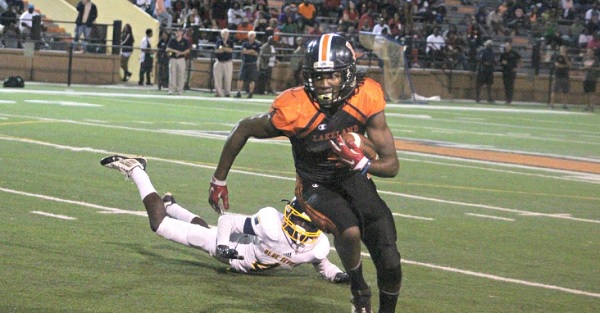 Wide receiver James Robinson was expected to sign with the Florida Gators on Wednesday, but now he won’t get the chance. According to the Orlando Sentinel, the receiver’s recruitment has been shut down by university administrators after he was cited for marijuana possession during his official visit to Ohio State.

The coaching staff had still planned on taking in Robinson despite the report and were expecting him to sign with them even though he had Clemson and several other schools to choose from. The staff has actively been helping Robinson find another home since word came down from school administrators Monday that he would not be allowed to sign with the Florida.