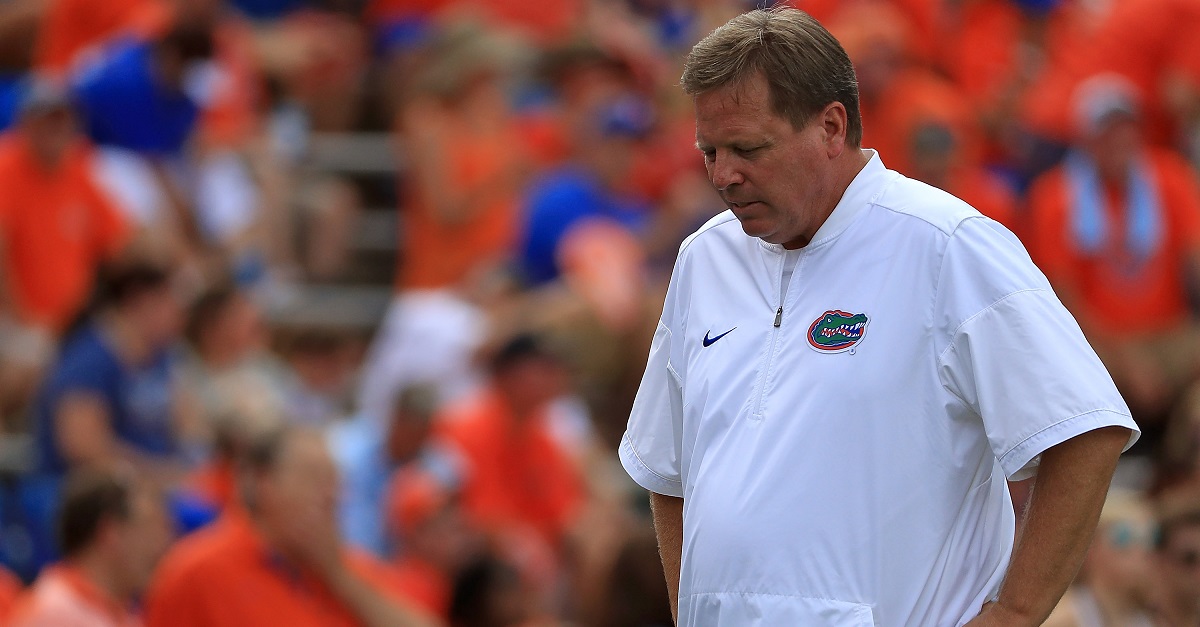 The start of the 2017 season has not gone well so far for Florida wide receiver James Robinson, but at this point, he probably needs to concentrate on his health and hope that high-quality football will follow.

Robinson, who’s a 6-foot-4, 205-pound freshman, didn’t play in Florida’s game this past weekend against Michigan because he was suspended for marijuana possession. According to Blake Alderman of 247Sports, Robinson was expected to be able to go in Week 2 and he was expected to be the Gators’ third-string “Z” receiver, but his Florida debut has run into a pretty significant road block.

Scott Carter, who runs things over at Florida’s website, is reporting that Robinson has missed practice due to an irregular heart scan:

In addition, freshman WR James Robinson has missed practice due to irregular heart scan. No further details as of now.

Carter didn’t have any more information at the time, but it’s never good to hear about a young athlete dealing with heart issues. Obviously, being a football player requires tough cardiovascular work, so it makes sense that the Florida training staff is being super cautious with the young wideout.

On one hand, the irregularities could be a one-off thing, and perhaps that’s why no other details were provided at the time. On the other, the lack of further details could mean something bigger is coming on the horizon, though at this point it’s all speculation.

Either way, this is certainly bad news for the young Florida wideout, especially considering the expectations for him heading into his freshman season. Robinson is a former four-star recruit, ranked as the No. 14 wideout in the 2017 class as well as a Top 25 player from the state of Florida, perhaps the most talent-rich state in the nation in regard to high school football recruits.