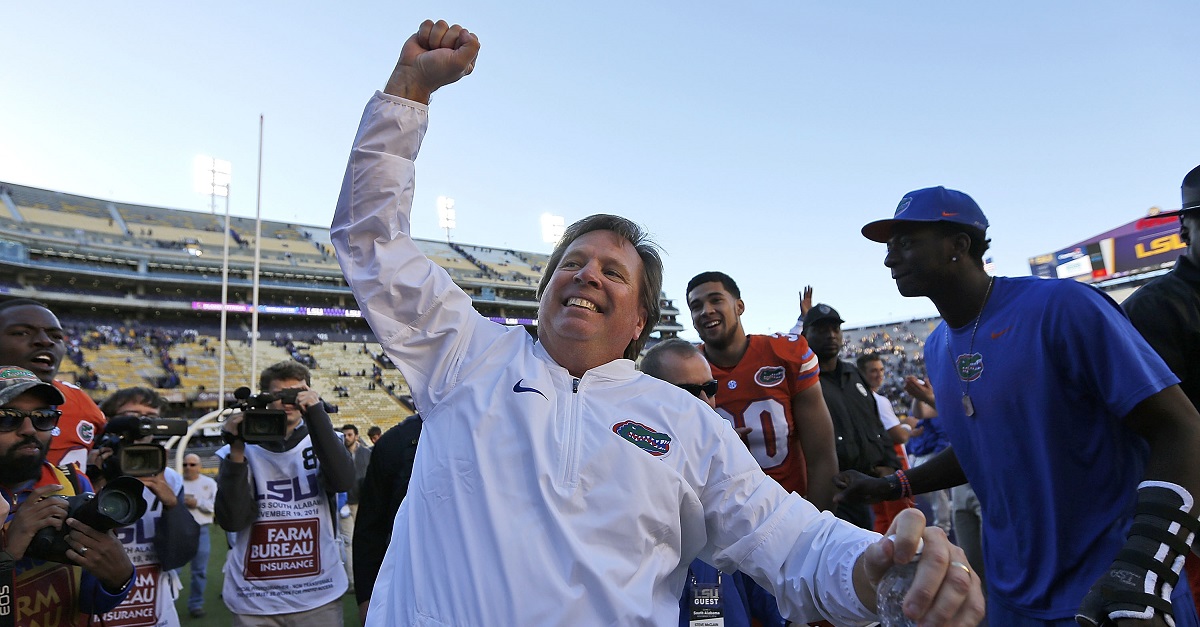 Florida coach Jim McElwain got up in front of a bunch of media members like he does every week and he told them pretty much everything they wanted to know about the Oregon rumors. They aren’t true and he hasn’t even been contacted by them.

Asked directly if he planned to stay at UF, Mac said, 'Yeah.'

'Slow news day. I have a hunch there might be some recruiting things tied to it,' Mac said.

RELATED: Report: There are ‘whispers’ of an SEC coach bolting for the Oregon job

Now that the Oregon-sized elephant in the room has been addressed, we can talk about the injury front, which is looking a lot worse than the job front. While we did get some good news in regard to star linebacker Jarrad Davis, there was some bad news on other players.

OL Fred Johnson got hurt in a scooter incident, so there's that. #Gators

Davis was initially ruled out for the SEC Championship Game despite running around on the sidelines before the Florida State game. However, it looks like McElwain and the staff will give him a chance to play in Atlanta if he can prove he’s healthy enough.

"Having him back, we'll see how many plays (he can go)," Mac said of Jarrad Davis.

Alabama and Florida are set to kickoff in the Georgia Dome at 4 p.m. and the game will be aired on CBS.