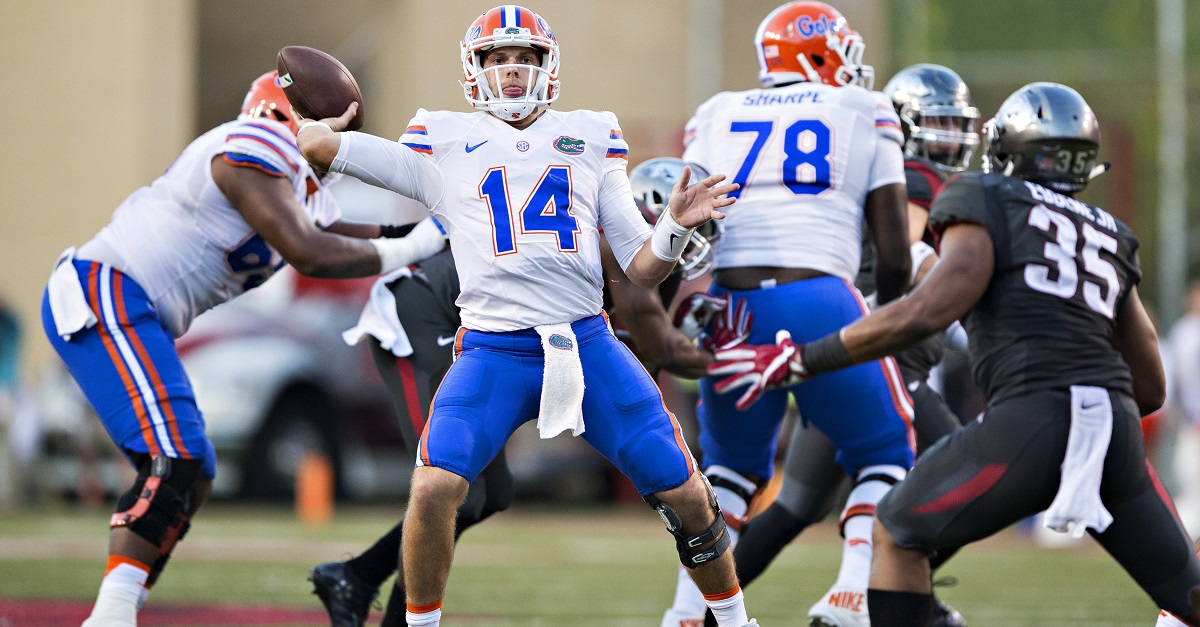 The Florida Gators have a bit of a crisis on their hands despite winning the SEC East the past two seasons. The fans want better offensive play and particularly from their quarterback. Incumbent starter Luke Del Rio was looking to be the guy again this season, but he will require surgery on his throwing shoulder:

RELATED: Luke Del Rio’s injury not a season-ending one

He injured his non-throwing shoulder previously in 2016 and was held out of the last few games of the season because of it. He started six games before getting injured against Arkansas in November and recorded 1,358 passing yards with eight touchdowns and as many interceptions.

His latest injury will finally open the door for redshirt freshmen Kyle Trask and Feleipe Franks to take the reins of the offense and possibly supplant Del Rio as the starter. There are fans on all sides of the fence about who should start as most people believe Franks has the bigger arm while others prefer Trask’s more accurate one.

However, coach Mac did make it clear that Del Rio should be back by fall.

So that leaves spring practices and the spring game itself for the young QBs to make their impressions and possibly become the starter for 2017. The Gators kick off their season against Michigan in Arlington on Sept. 2.