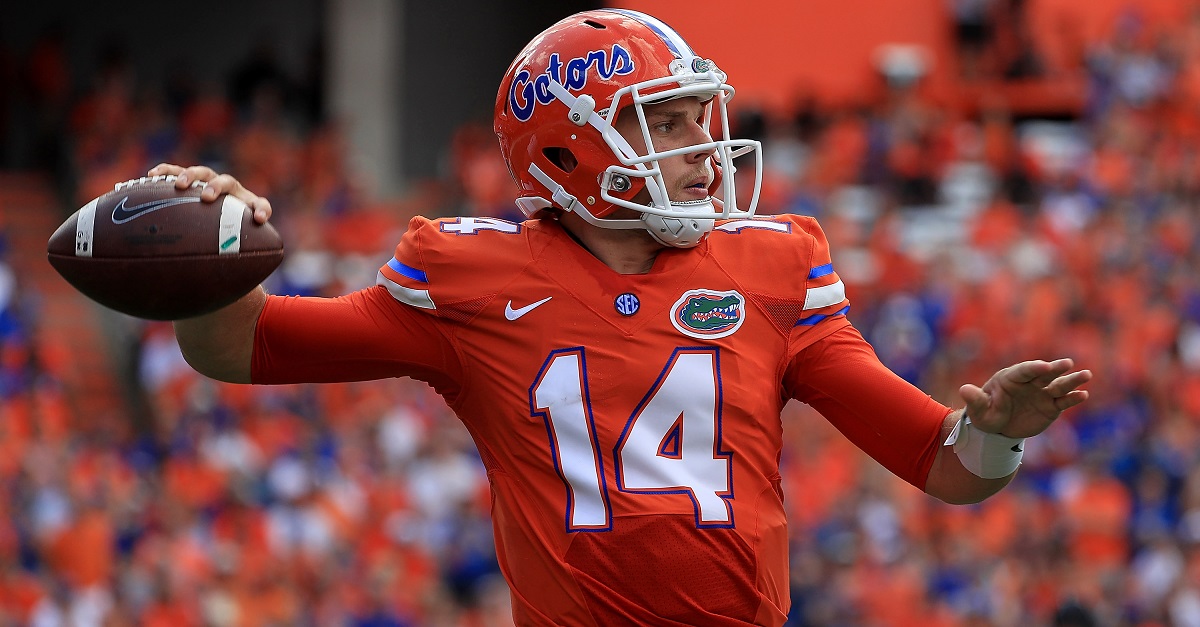 Florida got a big 38-24 win over Vanderbilt in the Swamp on Saturday, but it came at a price.

Costly win for Gators: Jim McElwain announces QB Luke Del Rio will have surgery Monday & is out for the season

Del Rio, a former starter who entered the 2017 season third on the depth chart, reclaimed the starting job during last week’s 28-27 victory over Kentucky. The former redshirt junior threw for 74 yards, one touchdown and one interception on 9-of-14 passing.

Del Rio made six starts for Florida last season before suffering injuries to both shoulders that required surgeries. He led the Gators to a 5-0 start before a 31-10 loss at Arkansas and missing his remaining five games.

Former starter Feleipe Franks replaced Del Rio late in the second quarter of Saturday’s game with the Gators trailing 17-14. Franks was able to lead the team down the field to tie the game at 17 before half. The good news is that Franks performed well for the remainder of the game, but the Gators will no longer have Del Rio as the fallback plan.